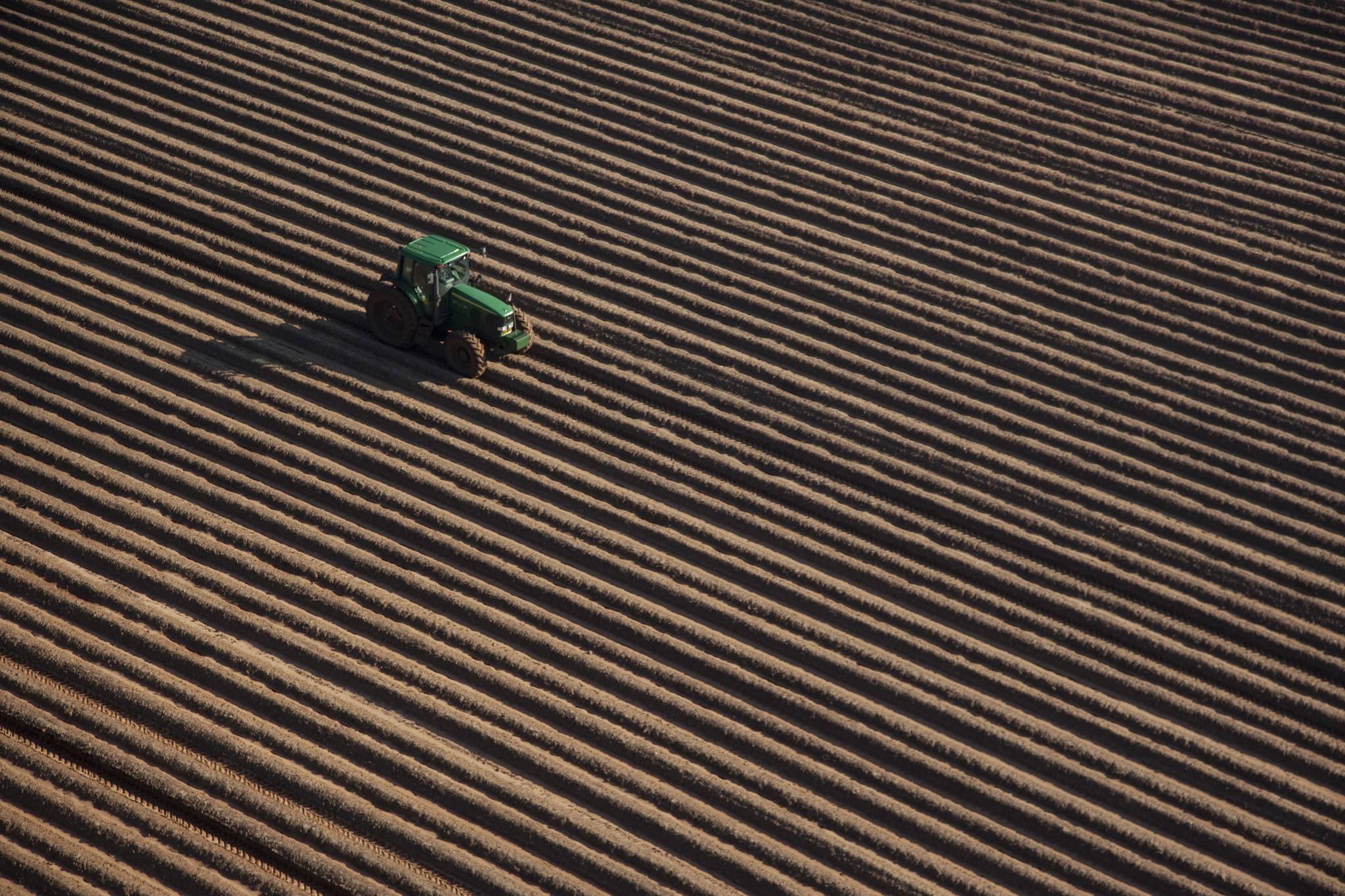 Land makes up a quarter of Earth’s surface, and its soil and plants hold three times as much carbon as the atmosphere. More than 30 percent of all greenhouse gas emissions arise from the land use sector. Thus, no strategy for mitigating global climate change can be complete or successful without reducing emissions from agriculture, forestry, and other land uses. Moreover, only land-based or “terrestrial” carbon sequestration offers the possibility today of large-scale removal of greenhouse gases from the atmosphere, through plant photosynthesis.

• Enriching soil carbon. Soil is the third largest carbon pool on Earth’s surface. Agricultural soils can be managed to reduce emissions by minimizing tillage, reducing use of nitrogen fertilizers, and preventing erosion. Soils can store the carbon captured by plants from the atmosphere by building up soil organic matter, which also has benefits for crop production. Adding biochar (biomass burned in a low-oxygen environment) can further enhance carbon storage in soil.

• Farming with perennials. Perennial crops, grasses, palms, and trees constantly maintain and develop their root and woody biomass and associated carbon, while providing vegetative cover for soils. There is large potential to substitute annual tilled crops with perennials, particularly for animal feed and vegetable oils, as well as to incorporate woody perennials into annual cropping systems in agroforestry systems.

• Climate-friendly livestock production. Rapid growth in demand for livestock products has triggered a huge rise in the number of animals, the concentration of wastes in feedlots and dairies, and the clearing of natural grasslands and forests for grazing. Livestock-related emissions of carbon and methane now account for 14.5 percent of total greenhouse gas emissions—more than the transport sector. A reduction in livestock numbers may be needed but production innovations can help, including rotational grazing systems, manure management, methane capture for biogas production, and improved feeds and feed additives.

• Protecting natural habitat. The planet’s 4 billion hectares of forests and 5 billion hectares of natural grasslands are a massive reservoir of carbon—both in vegetation above ground and in root systems below ground. As forests and grasslands grow, they remove carbon from the atmosphere. Deforestation, land clearing, and forest and grassland fires are major sources of greenhouse gas emissions. Incentives are needed to encourage farmers and land users to maintain natural vegetation through product certification, payments for climate services, securing tenure rights, and community fire control. The conservation of natural habitat will benefit biodiversity in the face of climate change.

• Restoring degraded watersheds and rangelands. Extensive areas of the world have been denuded of vegetation through land clearing for crops or grazing and from overuse and poor management. Degradation has not only generated a huge amount of greenhouse gas emissions, but local people have lost a valuable livelihood asset as well as essential watershed functions. Restoring vegetative cover on degraded lands can be a win-win-win strategy for addressing climate change, rural poverty, and water scarcity.

Agricultural communities can play a central role in fighting climate change. Even at a relatively low price for mitigating carbon emissions, improved land management could offset a quarter of global emissions from fossil fuel use in a year. In contrast, solutions for reducing emissions by carbon capture in the energy sector are unlikely to be widely utilized for decades and do not remove the greenhouse gases already in the atmosphere. To tackle the climate challenge, we need to pursue land use solutions in addition to efforts to improve energy efficiency and speed the transition to renewable energy.

Yet so far, the international science and policy communities have been slow to embrace terrestrial climate action. Some fear that investments in land use will not produce “real” climate benefits, or that land use action would distract attention from investment in energy alternatives. There is also a concern that land management changes cannot be implemented quickly enough and at a scale that would make a difference to the climate.