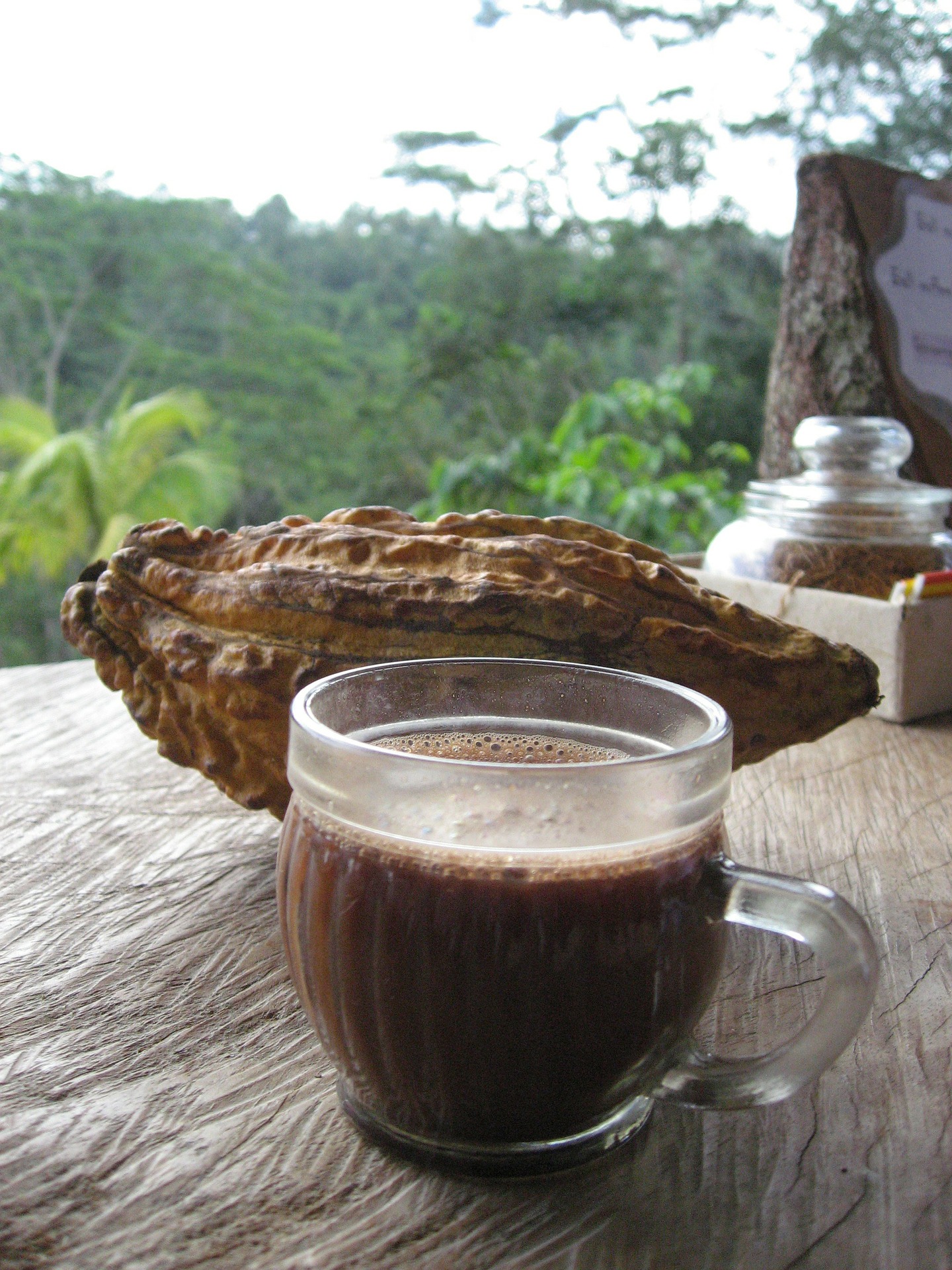 The concept of “regeneration” is often used in conversation around social impact, finance models and agriculture, but what does it really mean? In this series Yellow Seed will explore: 1) what are useful ways to define and think about the concept? and 2) how can theory be translated into action and practice? We will delve into the concept of regeneration through real stories from the cacao industry, from producer, to supplier, to consumer. We intend to spark a deeper conversation about meaningful impact and the work we can do together to improve the system. We begin by getting a first-hand look into a pioneering cacao cooperative in Ecuador that is putting regeneration-based agriculture to the test.

“When you go into the plantation, you wouldn’t know it’s actually a farm. It looks and feels just like a tropical forest,” described Daniel Korson of Coracao Confections in Oakland, California. His search to find a sourcing partner that mirrored Coracao’s values of transparency and ecological conservation took him to Esmeraldas, Ecuador where a regenerative cacao farm is set in the lush Ecuadorian jungle. The farm is part of a producer co-operative called Eco Cacao, co-founded in 2006 by George Fletcher and the Ecuadorian permaculture and Seed Guardians Community (www.redsemillas.org), a grassroots network that works with communities to preserve the bio-cultural diversity of the Ecuador. Gregory Landau, CEO of Terra Genesis International and founder of Nova Chocolate, began collaborating with Eco Cacao in 2006 with a strong vision: to support the local community in evolving their agricultural practices towards regenerative growing, and to create practices that also conserve the local Chocóan rainforest, an area of immense biodiversity. Now, Eco Cacao works to empower 80 farmers on 320 hectares dispersed across the Galera-San Francisco Peninsula, many of whom specialize in unique, high-quality heirloom varietals. Eco Cacao is part of a larger cooperative (UOPROCAE) which has a total of 1600 hectares.

In the past 5 years, direct, responsible sourcing has become increasingly important. Serendipity led Daniel to meet Gregory Landua at a conference, who then invited him to visit one of their farms. “Eco Cacao is leading the way in terms of walking their talk and being fully transparent. As an ambassador of cacao to my community, I want to know exactly how the cacao is grown and processed, the details of the farm and management, and how the producers and the environment are being treated. Eco Cacao makes it easy to share and amplify that story.” However, Daniel confessed that direct sourcing has not always been that simple. “After, being in the industry for 8 years, there are people who say they are doing their best, but often times they will not let you see ‘what’s behind the curtain.’”

On his visit, Daniel followed Gregory through the cacao-filled forest, “As we were walking, Gregory was chopping down brush with his machete to find the trail. As it fell to the ground, he would point out which species preserved nitrogen and which fertilized the soil. The forest was so loud with different bugs and birds. It is really a refuge for biodiversity.” As part of their business practices, Eco Cacao’s producers actively engage in restoring damaged landscapes; adding functional biodiversity, providing wildlife habitats, improving water cycles and creating conservation corridors where animals and plant life can flourish. In this holistic approach to regeneration, humans actually work for, not against, the natural landscape. Creativity and design ingenuity are able to “do good” and help renew local ecology. “Eco Cacao is the only cacao farm I’ve visited that is doing farming in a way that is not only preserving nature, but also steadily improving the natural environment,” says Daniel.