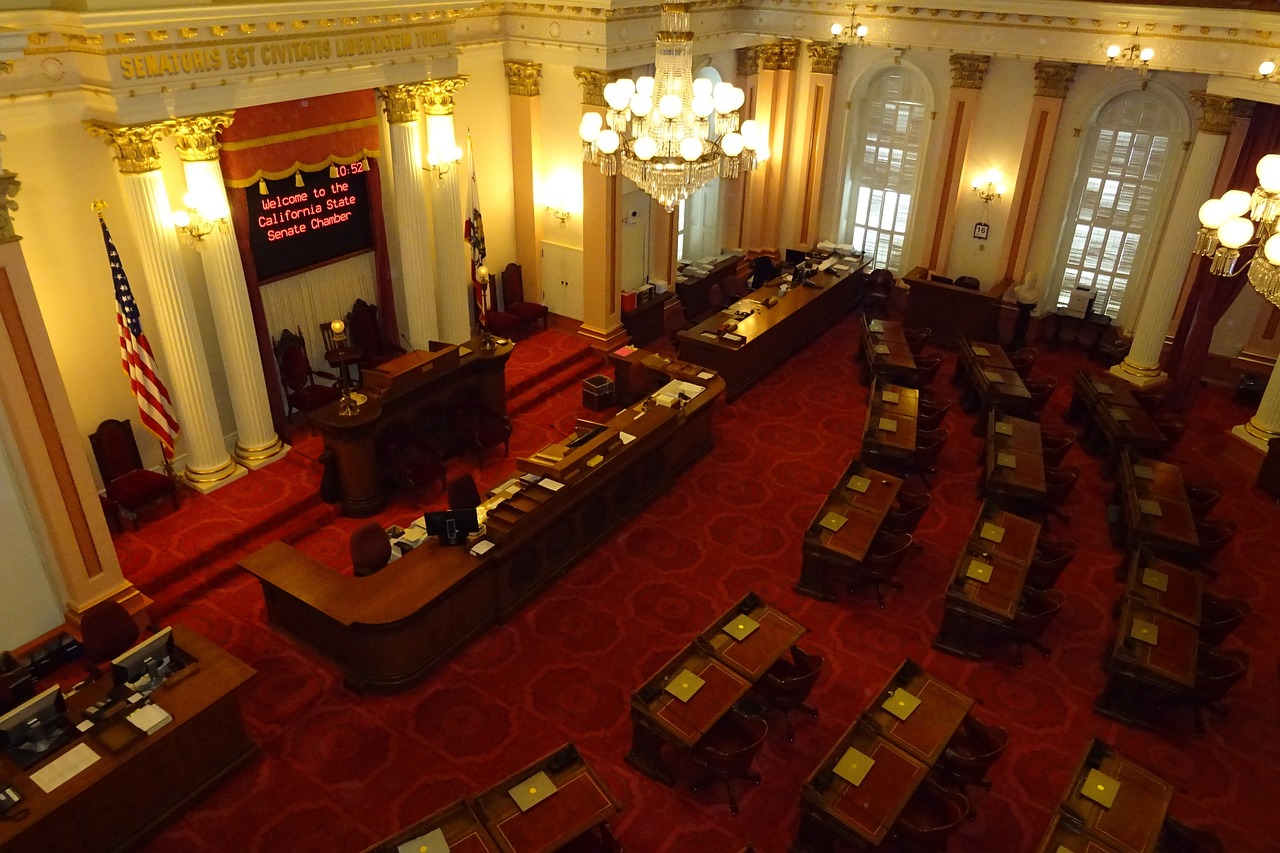 20 participants joined in a conference call on July 12, 2017 to share knowledge and insights about existing or proposed policies for promoting healthy soils and soil carbon sequestration (SCS) at the state level. This summary is based on that call and receipt of brief notes from all presenters.

There is a growing interest in healthy soils that is being driven by a concern for water, climate, farmers, and many other co-benefits. These interests, coupled by immense concern in the wake of the Trump Administration’s decision to withdraw from the Paris Climate Agreement, have created momentum for state led efforts on SCS. Several states are advancing efforts that promote healthy soils in one form or another. Below is a summary of work happening at the state level that aims to support healthy soils and in particular, SCS.

California’s Healthy Soils Initiative (HSI) is a collaboration effort that involves a coalition of state agencies and departments of which are being led by the California Department of Food and Agriculture (CDFA). The HSI is a key part of California’s strategy to reduce greenhouse gas emissions by increasing carbon sequestration in and on natural and working lands. The goal is to comprehensively look at policies that can support healthy soils through (1) improving governmental agencies, (2) incentivizing ranch and farm practice, and (3) research and education.

CDFA has partnered with the NRCS, the California Climate Action Network (Cal-CAN, California Association of Resource Conservation, the Carbon Cycle Institute, along with several universities have helped to inform the design of the program. Climate legislation (first established in 2006) set the state climate target at 40% below 1990 levels by 2030. The legislations also established a cap and trade market mechanism, which is where funding for the HSI is derived from.

At the end of the legislative session in August 2016, the legislature approved a cap-and-trade budget that included $7.5 million in first-time funding. Half of that funding was earmarked to go directly to farmers and the other half was earmarked for demonstration projects.

The COMET planning tool is used to assess the impact of practices and projects funded by the HSI.

Partnerships have been critical from the days of the Advisory Committee, to writing the rules, and developing the verification methodologies. The process has included farmers, ranchers, conservation district directors and employees, and representatives from ARS, NRCS, electric cooperatives, electric companies, grain and seed companies, land grant university, the agriculture department, other environmental agencies and non-profits, the association of conservation districts, oil and gas professionals, and EPA Region 6.

A strength of the program is that it was developed in Oklahoma, for Oklahomans, for the benefit of Oklahoma land, air, and water resources. This increased buy-in of partners and participants. Another strength is the program’s simplicity and practicality. The Oklahoma Carbon Program utilizes policies, methods, and standards that are based in science, reasonable to implement, and achievable by producers. While all carbon market programs must strive to assure that their systems are based on sound science and create positive, verifiable benefits, we feel it is imperative that they also be user-friendly and realistic for land managers.

Some interpret the program’s simplicity as a lack of rigor. The program is not linked to a major market or trading registry. The program needs more funding and staff to reach out to Oklahoma businesses, continue the program’s branding, forge partnerships with other states and markets, and to develop projects.

This bill “establishes the Carbon Farming Task Force within the Office of Planning to identify agricultural and aquacultural practices to improve soil health and promote carbon sequestration—the capture and long-term storage of atmospheric carbon dioxide to mitigate climate change.”

The bill was shepherded through the legislative process in coalition with Hawai‘i CFS, Sierra Club Hawai‘i and the O‘ahu Chapter of the Surfrider Foundation. CFS Soil Solutions program provided written testimony for the measure as it passed through several committee hearings.

On June 6th Hawai‘i Governor David Ige signed this bill into law. He also signed SB559 a law adopting the goals of the 2015 Paris Climate Agreement. making it a historic day for climate action. The creation of the Carbon Farming Task Force went into effect July 1, 2017 and is a direct outcome of the “Healthy Soils, Healthy Ranching” conference hosted by Hawai ‘i CFS and CFS Soil Solutions in October of 2016 on the island of Moloka‘i.

The passage of California’s healthy soils bill was the inspiration for proposing legislation in 2017 that would provide an additional push to Maryland’s efforts. HB 1063 – Maryland Healthy Soils Program—was short and not overly prescriptive. The bill’s stated purpose is to improve the health, yield, and profitability of the soil, increase its carbon sequestration capacity, and promote more widespread use of healthy soils practices among farmers in Maryland. It defines healthy soil as the capacity to function as a biological system, increase organic matter, improve soil structure and water and nutrient-holding capability, and sequester carbon to reduce greenhouse gas emissions. The bill requires the Department of Agriculture to provide incentives, such as research, education, technical assistance, and subject to funding, financial assistance to farmers to implement practices that create healthy soils.

There were several factors that worked in favor of the bill. First, farmers were already participating in anti-pollution programs to protect the waters of the Chesapeake Bay, which is closely tied to the State’s identity. The Bay’s iconic stature and its role as an engine in the State’s economy through tourism and fishing are ongoing concerns in the State. Strong efforts have been underway for years to reduce the nitrogen, phosphorus, and sediment pollution that has hurt the Bay. Farmers have been doing their part to reduce nitrogen and phosphorus runoff, largely through a cover crop program subsidized by the State.

Using monies provided by the Chesapeake Bay Restoration Fund and the Chesapeake and Atlantic Coastal Bays Trust Fund, grants are made to farmers to plant cover crops to protect their fields from erosion, suppress weeds and pests, and improve soil health. In the 2016/17 fiscal year, 560,000 acres of farmland in Maryland, about 50% of eligible lands, were planted in cover crops. This year, the funds will provide $22.5 million for the cover crop program. In addition, Maryland farmers were among the first in the nation to practice wide-scale, no-till farming—reducing not only sediment loss, but also the amount of carbon released from their fields.

Second, Maryland has an aggressive climate goal – reducing GHG emissions by 40% by 2030 — and in preparing its plan to get to that goal, the Maryland Department of Environment has realized it must consider all options, and sequestration is one of the planned measures. A key reason that Maryland is in the lead among state efforts to fight climate change is that Maryland is the third most vulnerable state to rising sea levels. Much of the lower part of the Bay shoreline is close to sea level; in fact, new maps show that about 5% of the State’s land, approximately 284,000 acres, will be permanently underwater in 30 years or less, with a sea level rise of just two feet. And, of course, that percentage will go up as sea levels continue inevitably to rise. The bulk of at least two counties, much of Ocean City, a large tourist resort, and parts of the capital, Annapolis, will be underwater for good before the end of this century.

Finally, the Healthy Soils Consortium had already pulled together many of the stakeholders that could either support—or oppose—a healthy soils program. Because the Consortium members were already primed to support a program that would improve agriculture and address global warming, the bill only needed some tweaking to win support of the major stakeholders and it sailed through both houses of the Maryland General Assembly: It passed the House of Delegates 137 to 1 and the State Senate 47 to 0.

One of the key takeaways from this legislation is that there is tremendous potential for support for healthy soils because of the joint support between the agricultural and environmental communities—two groups that don’t always get along.

The Vermont Environmental Stewardship Program (VESP) is a voluntary program that encourages and supports local agricultural producers to achieve environmental and agricultural excellence. VESP’s goal is to accelerate water-quality improvements through additional voluntary implementation efforts, and to honor farmers who have already embraced a high level of land stewardship. This program was conceptualized in 2016 in response to statewide water-quality and environmental challenges.

This effort is being led by a group that includes the Agency of Agriculture, Food and Markets, the USDA Natural Resources Conservation Service, the Vermont Association of Conservation Districts, Vermont Department of Environmental Conservation, and the University of Vermont Cooperative Extension.Currently, there are five farms signed up to participate in the VESP pilot program, and there is still an ongoing search to find five more – all ten of which will be used as demonstration sites.

The VESP Pilot will be utilizing the Natural Resource Conservation Service’s (NRCS) new Resource Stewardship Evaluation Tool (RSET) which is an online platform that streamlines over a half-°©‐dozen individual field assessment tools.

In addition to VESP, there have been three “Regenerative” or “Soils” based bills that have been drafted the past two sessions:

The necessity of this bill is prompted by a few things. There is currently no one in the MA Department of Agriculture who is a specialist in conservation/agroecology/organic agriculture. In addition to this, last year’s drought cost the state and federal governments a lot of money. Such droughts and other extreme weather are likely to become more common and the thinking is that investing in healthy soils is, in fact, a better use of tax dollars than costly infrastructure.

The plan for implementation is as follows. This program would likely be administered as a grant program, ideally funding will be split into a few different buckets that include demonstration sites that highlight innovative practices (ideally, this would be a private farm in partnership with an NGO/institution that would provide exemplars for others and a site for on-farm research), technical assistance (possibly coupled with direct incentives for farms looking to transition to an approved healthy soils practice, or multiple practices), and possibly towards subsidizing purchase of conservation implements/equipment that would then be leased out to farmers