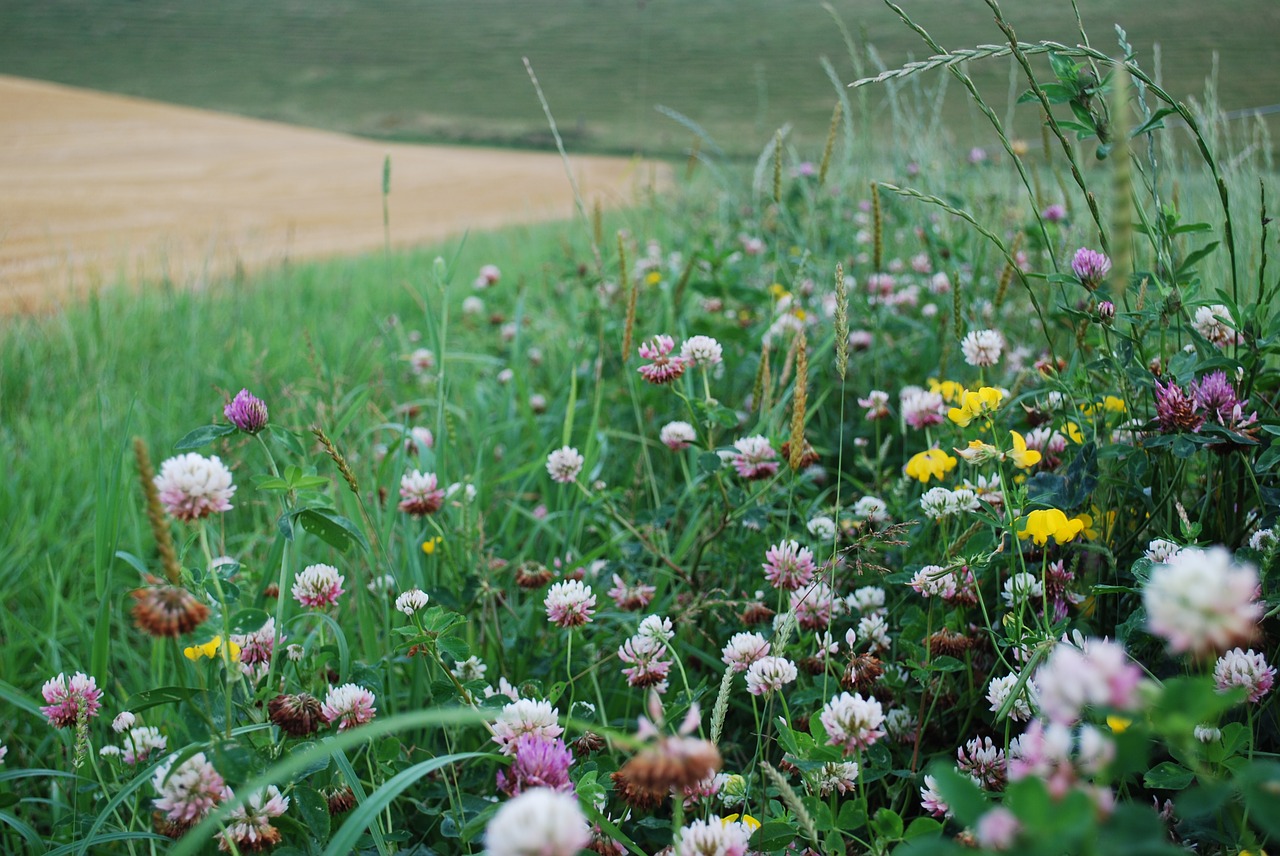 Question One: What is the “Four for 1000: Soils for Food Security and Climate” Initiative launched by the French government at the Paris Climate Summit in December 2015?

Answer: “Four for 1000: Soils for Food Security and Climate” is a global plan and agreement to reverse global warming, soil degradation, deteriorating public health and rural poverty by scaling up regenerative food, farming and land use practices.

Under this Initiative, over the next 25 years, regenerative agriculture and large-scale ecosystem restoration can qualitatively preserve and improve soils, pastures, forests and wetlands while simultaneously drawing down (through enhanced plant photosynthesis) billions of tons of excess carbon from the atmosphere, turning it into biomass and sequestering it in our soils.

In simplest terms, 4/1000 calls for the global community to draw down as much CO2 from the atmosphere as we’re currently emitting, and at the same time stop emitting other greenhouse gases.

Question Two: How many countries and regions of the world have signed on to the 4/1000 Initiative?

Answer: Approximately 40 countries and regions of the world have already signed on to the 4/1000 Initiative. Hundreds of grassroots civil society organizations also have signed on.

Proponents of 4/1000 expect most nations, regions and cities will sign on to the Initiative before the end of this decade, to meet their INDC (Intended Nationally Determined Commitments) obligations under the Paris Climate Agreement.

Question Three: Does the 4/1000 Initiative propose that we can reverse global warming and feed the world without drastically reducing fossil fuel emissions?

Answer: No. The proponents of the 4/1000 Initiative believe that we need to achieve both zero fossil fuel emissions and maximum drawdown of excess CO2 from the atmosphere over the next 25 years.

Question Four: Why is this global Initiative called the “Four for 1000 Initiative?”

Answer: 4/1000 refers to the average percentage of soil carbon increase that we need to achieve every year for the next 25 years in order to stabilize the climate and reverse global warming.

A 4/1000 increase in the amount of carbon stored in global soils (currently 1.5-2.5 trillion tons, depending on how deep you measure the carbon) over the next 25 years, combined with zero fossil fuel emissions, will enable us to sequester enough additional carbon (150-250 billion tons, or 6-10 billion tons per year) in our soils and forests to bring the atmosphere back to the pre-industrial level of 280 ppm of CO2 required to stabilize the climate, increase soil fertility, improve public health, secure food sovereignty, reduce global strife, and reverse global warming.

Question Five: Is it really possible to achieve the 4/1000 carbon drawdown goal of sequestering 6-10 billion tons of carbon per year, and continuing this for the next 25 years?

Answer: Yes, it is possible for global regenerative food, farming and land use (including forestry) practices to sequester 6-10 billion tons of carbon per year. How do we know this? Because the earth’s 22 billion acres of farmland, pasture and forests—even in their currently degraded condition—are already sequestering a net 1.5 billion tons of carbon annually. And because millions of organic or transition-to-regenerative farmers and ranchers and—“best practitioners”—are already sequestering far more than 4/1000 percent in additional soil carbon every year. Some report sequestering as much as 600 times this amount.

Question Six: What are the respective roles of consumers, farmers and other sectors in moving to a regenerative system of food, farming and land use?

Answer: Regenerative food, farming and land use will require a radical transformation in consciousness and in purchasing habits among a critical mass of 3-4 billion food and fiber consumers in the global North and the South.

On a global scale, consumers will need to move away from purchasing trillions of dollars of chemical, GMO and energy-intensive industrial agriculture foods, including meat, dairy and poultry from factory farms, and highly processed and packaged foods. Consumers also will need to eliminate food waste.

Reversing climate change and feeding the world will also require a transformation in production practices by a critical mass of the world’s 500 million small farmers, 200 million herders and 50 million large farmers. Regenerative farming methods include: holistic management and planned rotational grazing of livestock; cover-cropping; no-till practices; agro-forestry; diverse crop rotations, including integrating livestock grazing; use of compost, manure and biochar; and use of deeper-rooting plants and perennials. Synthetic fertilizers and herbicides, and GMO monocultures are not included in regenerative farming methods.

Forest and fishing communities, homeowners and the approximately one billion urban food producers, gardeners and landscape managers also have a major role to play in the transition to regenerative agriculture and land-management system.

Question Seven: Is regenerative food and farming the same as organic, agro-ecological farming or rotational grazing?

Answer: No. Most practitioners of organic, agro-ecological and rotational grazing methods, certified or not, can be described as “potentially regenerative” or in “transition to regenerative.”

There are a number of terms used to describe ecological farming and ranching practices across the world, including agro-ecology, agro-forestry, permaculture, biodynamic, holistic management or grazing, conservation agriculture, organic, and others. All these agricultural systems support soil conservation practices to a certain degree. However, only regenerative food and farming has as its central focus the maximization of soil health, carbon sequestration and biodiversity.

Answer: If you look closely at the entire process (often called the “carbon footprint”) of global food, farming and land use, our current chemical- and GMO-intensive, industrial, globalized, wasteful and highly processed system of food and fiber produces an alarming 44%-57% of all greenhouse gas emissions, including CO2, methane and nitrous oxide.

In terms of the categories of food and farming greenhouse gas emissions this 44%-57% figure breaks down as follows:

Question Nine: What is the current market share of Regenerative food and farming versus degenerative?

Answer: Global consumers living beyond the bare subsistence level (approximately 50% of the world’s population), as opposed to those three billion or more living at subsistence level, now spend $7.55 trillion on food. Much of that food is produced by the world’s 50 million large farmers and ranchers, who use degenerative, rather than regenerative practices.

Of course many of the world’s 700 million small subsistence farmers and herders are also using chemicals, grazing animals improperly, undermining soil fertility, and destroying wetlands and forests under the pressures of poverty and because they lack of access to good land, technical assistance, financing, markets and other resources.

About 75% of all food sold today in the Global North and among the middle classes of the developing world is low-nutrient processed food. And almost half of total food produced is either wasted or overconsumed.

The hidden costs of our degenerative food and farming system are staggering: $4.8 trillion in annual expenditures for social, health and environmental damages. (ETC Group, “Who Will Feed the World?” 2017)

There is very little food and fiber produced today that can genuinely be described as 100% regenerative. In terms of less degenerative or potentially “transition to regenerative,” the global certified (or non-certified) organic food, grass-fed and sustainably produced food market is considerably less than $1 trillion.

Question Ten: What is most important in terms of driving food, farming and land use in a regenerative direction: public policy or marketplace demand?

Answer: Both are essential. So far marketplace demand and the survival of traditional farming and animal husbandry practices are driving regenerative and potentially regenerative food, farming and land use, although support for organic and grass- fed production is increasing in some regions, especially the U.S. and Europe. In some countries most of the beef production is currently 100% grass-fed (Australia and Uruguay for example), and therefore at least semi-regenerative.

Unfortunately, governments of the world provide $600 billion a year or more in subsidies to industrial agriculture, GMOs, globalized exports and factory farms. Only a fraction of government subsidies go to organic, grass-fed, or what can be called “transition-to-regenerative” practices.

In the long run we will need both marketplace pressure and billions of dollars in annual public policy/public financing to move the majority of the world’s 750 million farms and ranches in a regenerative direction, as well as to carry out large-scale ecosystem restoration, reforestation and wetlands preservation.

Question Eleven: How can conscious consumers and the current minority of regenerative farmers, ranchers and land managers get more of their counterparts on board?

Mass public education for consumers, farmers and land managers on the health, environmental, social, economic, and climate benefits of regenerative food, farming and land use, combined with free technical assistance, training and financial incentives for farmers will be necessary to move from degenerative consumption and production practices to regenerative.

In each local area, region and nation best practices and practitioners will need to be identified and publicized. We also will need to establish regenerative pilot projects, provide farmer-to-farmer education, and scale up of public policy reform and financing.

Question Twelve: How many farmers, herders, ranchers and land managers are currently carrying out regenerative, or potentially regenerative, as opposed to degenerative, practices?

Answer: There are 2.5 million certified organic farms in 120 nations that can be characterized as potentially regenerative or transition-to-regenerative. There are probably 10-20 times more who are farming organically (but are not certified) and are supplying their families and local markets.

The Food and Agriculture Organization of the United Nations estimates that 25-50 million of the world’s 750 million farms are utilizing traditional, sustainable practices, and could potentially make the transition to regenerative practices with sufficient technical and financial assistance.

Question Thirteen: What percentage of consumers and farmers will have to adopt regenerative production and consumption practices if we are to meet the goals of the Four for 1000 Initiative?

All of this presupposes strong marketplace pressure on food and fiber corporations to transfer from degenerative to regenerative supply chains, and fundamental changes in government policy by cities, counties, nation states and international agencies and funding institutions.

Question Fourteen: What are the major obstacles to achieving the goals of the 4 for 1000 Initiative?

Answer: The main obstacles to achieving the goals of  the 4/1000 Initiative are:

• lack of public knowledge, not only of the 4/1000 Initiative, but of the drawdown/regeneration agriculture, consumption, and land use perspectives in general

• massive taxpayer subsidies in most of the countries of the world of corporate-controlled degenerative food, farming and land use practices

• lack of unity and cooperation between food, farming, climate, environmental, peace, democracy, natural health, and justice movements, both within national borders and across borders internationally

• lack of public policy initiatives and financing for regenerative initiatives such as 4/1000.

All these degeneration drivers are related to corporate control of the national and international economy and corporate corruption of the political process.

Question Fifteen: How can I persuade my organization, city, county, state or nation to sign on to the Four for 1000 Initiative?

Answer: We need to carefully build strategic core groups and coalitions at our organizational, local, county, state and national levels, with participation from food, farming, climate, environmental, peace, democracy, natural health, and justice movements. Additionally, we need to use public education and grassroots lobbying to get our local, county, state and national governments to sign on to the 4/1000 Initiative and to generate and support significate change in marketplace dynamics and public policy.

Question Sixteen: Where can I find out more about regenerative food, farming and land use, so that I can become an effective citizen lobbyist and activist?

And check out the resources at Bio4climate.org.

Question Seventeen: Where can I find out more about the Four for 1000 Initiative?