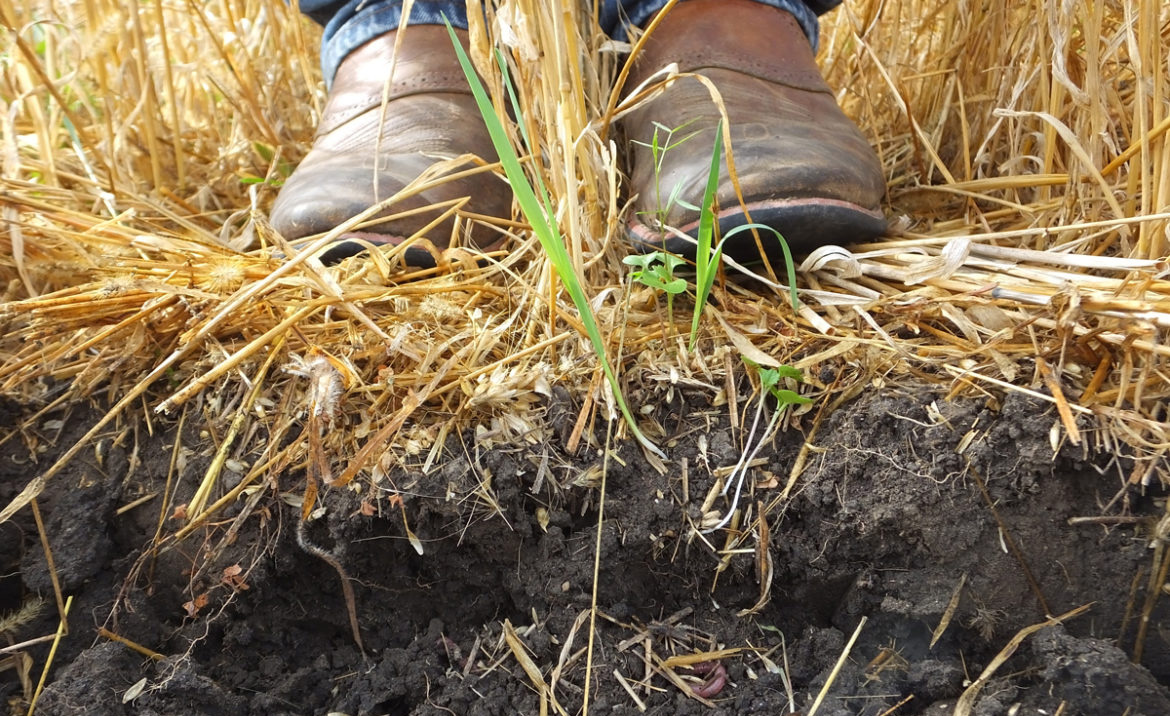 Many people believe that if you just focus on soil health, everything else will follow. This principal is prominently featured in a recent New York Times Magazine article, “Can Dirt Save the Earth?,” which examines the practicality of regenerative agriculture.

Moises Velasquez-Manoof begins his lengthy piece with John Wick and his wife, Peggy Rathmann, two decades after they bought a ranch in Marin County, Calif., and began a quest to learn how to sequester carbon in the soil. The couple met with rangeland ecologist Jeff Creque, back in 1998, after they noticed their land was quickly losing its vitality and an invasive weed was taking over. Creque suggested that the couple focus on cultivating what they wanted on their land instead of fighting against what they disliked.

Creque also suggested that Wick and Rathmann hire some cows to graze their grasslands. Within weeks after the cows arrived, Wick was amazed at how the animals had already transformed the land. It made him realize what a mistake it had been to send away the neighbor’s dairy cows when the couple first bought the land.

By summer’s end, when Wick returned the cows to their owner, the animals had collectively gained about 50,000 pounds. Wick wondered where all the extra weight came from. In his article, Velasquez-Manoof explains:

Creque had an answer for him. The carbohydrates that fattened the cows had come from the atmosphere, by way of the grass they ate. Grasses, he liked to say, were like straws sipping carbon from the air, bringing it back to earth. Creque’s quiet observation stuck with Wick and Rathmann. It clearly illustrated a concept that Creque had repeatedly tried to explain to them: Carbon, the building block of life, was constantly flowing from atmosphere to plants into animals and then back into the atmosphere. And it hinted at something that Wick and Rathmann had yet to consider: Plants could be deliberately used to pull carbon out of the sky.

This concept, now finally baked into the minds of Wick and Rathmann, is what took the couple on the path to learn just how much carbon they could actually sequester in their soil. They contacted Whendee Silver, an ecologist at University of California, Berkeley. Silver agreed to measure the changes in their land to see if the soil carbon levels had changed since the cows’ summer stay. After completing that task, for the next many years, Wick and Rathmann began studying how different techniques, including spreading compost on the land, could put carbon back into the ground.

“Regenerative food, farming and land use, including planned, rotational ‘mob grazing’ on restored pasturelands and grasslands is not only the next, more advanced stage of organics, but indeed our last and best hope for drawing down and sequestering enough carbon and methane in our living soils to reverse global warming and re-stabilize the climate,” said Ronnie Cummins, international director for Organic Consumers Association (OCA), a founding member of Regeneration International (RI)  in response to the New York Times Magazine piece,

Velasquez-Manoof shares two other success stories of regenerative farmers who put their faith into restoring the soil to not only benefit their land and produce healthy products, but to increase their return on investment through a more efficient and cost-effective way to farm.

Darin Williams, who lives near Waverly, Kansas, used to be a contractor. When his work dried up after the 2007 financial crisis, Williams decided to take a gamble and see if regenerative farming could turn around his family’s land. Seven years later, he was glad he did.

“Had I not found this way to farm,” he told Velasquez-Manoof, “we would not be farming.”

Velasquez-Manoof described what he saw when he visited Williams farm last fall:

In one of his fields, we walked down a lane he had mowed through his warm-weather cover crops—plants grown not to be harvested, but to enrich the soil—which towered over us, reaching perhaps eight feet. They included sorghum, a canelike grass with red-tinted tassels spilling from the tops, mung beans and green-topped daikon radishes low to the ground. Each plant was meant to benefit the earth in a different way. The long radishes broke it up and drew nutrients toward the surface; tall grasses like sorghum produced numerous fine rootlets, adding organic material to the land; legumes harbored bacteria that put nitrogen into the soil. His 120-strong herd of British white cattle—he introduced livestock in 2013—would eventually eat through the field, turning the plants into cow patties and enriching the soil further. Then he would plant his cash crops.

By focusing on soil health, Williams says he has reduced his use of herbicides by 75 percent and fertilizers by 45 percent. He doesn’t use pesticides—he relies instead on beneficial insects for pest control—and he saves money by not buying expensive genetically modified, herbicide-resistant seed. He estimates that he produces a bushel of soybeans for about 20 percent less than his conventionally farming neighbors. Last fall, he claims, his yields ranked among the highest in the county. While doing all this, he has so far raised the amount of soil organic matter, a rough predictor of soil carbon concentrations, from around 2 percent to 3.5 percent in some fields.

North Dakota rancher and farmer Gabe Brown, who embraced the principles of regenerative agriculture in the 1990s, has more than tripled the carbon in his soil. An official with the USDA’s Agricultural Research Service confirmed for Velasquez-Manoof that “the amount of carbon in Brown’s soil—what his farming has pulled from the atmosphere—was between two and three times as high as it was in his neighbors’ land.”

The bottom line? Williams and Brown found ways to increase carbon in their soil while reducing their overall expenses, including inputs such as fertilizer and pesticides.

Unfortunately, Williams and Brown are still in the minority among farmers, and the regenerative farming methods they use are not yet the norm.

“More than 90 percent of the meat, dairy and eggs that Americans now consume come from cruel, unhealthy, highly-polluting, climate-destabilizing factory farms or animal prisons, where the confined animals are stuffed with pesticide-contaminated GMO grains and routinely dosed with dangerous levels of antibiotics and growth hormones,” OCA’s Cummins said.

“We can either have factory farms and so-called cheap food (not so cheap when you tally up the damage to human health and the environment), or else we can have a livable planet. We can’t have both. Consumers need to choose healthy, humane, climate-friendly organic and regenerative foods today and everyday.”

But there’s hope. Fortunately for consumers, and the health of the planet, regenerative agriculture is taking off worldwide—thanks in part to the work of Regeneration International, a nonprofit whose mission is to facilitate the global transition to regenerative agriculture and land-use practices and systems by communicating the important contribution of soil and its management as climate solutions, and by building bridges that bring together and promote best practices.

“Having the Velasquez-Manoff article in the New York Times Magazine is a breath of fresh air,” said Precious Phiri. Phiri is founder of Earth Wisdom and a member of the RI steering committee working on behalf of RI in South Africa. “We are finally getting out the urgent message of hope.”

“From an African perspective, where about 80 percent of food comes from smallholder farmers, this write-up is critical,” she explained. “We do not and cannot afford the luxury of high-input agriculture that has devastated most grasslands of the world, Africa included.

“We have to continuously and carefully incorporate ourselves into these living systems, learn closely from them and be a part of the life cycle, while regeneratively ploughing back. We have so much hope as humans, now more than ever, using the many solutions that have been discovered and can be applied in different contexts.

“The seed will sprout to many colors as the message of soil health has finally knocked on new doors,” Phiri said.

Keep up with the latest news in the world of regenerative agriculture. Sign up here to receive Regeneration International’s newsletter.