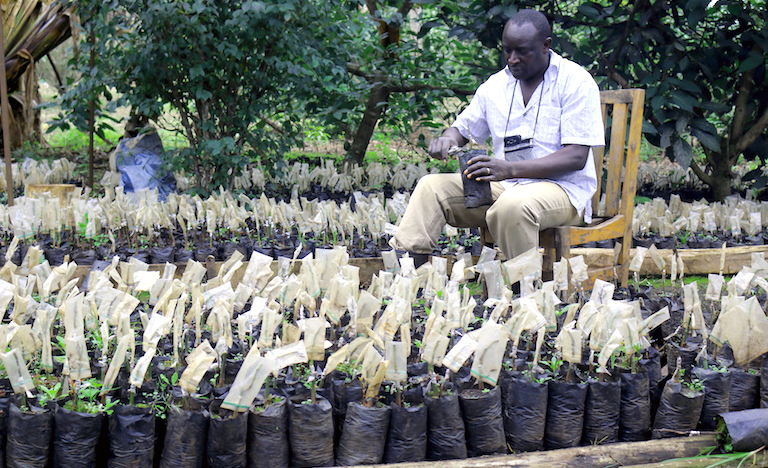 The Cherangani people, an indigenous community in Kenya’s Rift Valley, have always called the Cherangani Hills Forest their ancestral home.

Also known locally as the Sengwer, they were traditionally reliant on the forest for hunting and gathering, herbal medicines, honey, and sorghum and millet farming. Then the colonial government evicted them from the forest, only permitting them access to medicinal plants; gathering and hunting in the forest is still prohibited. 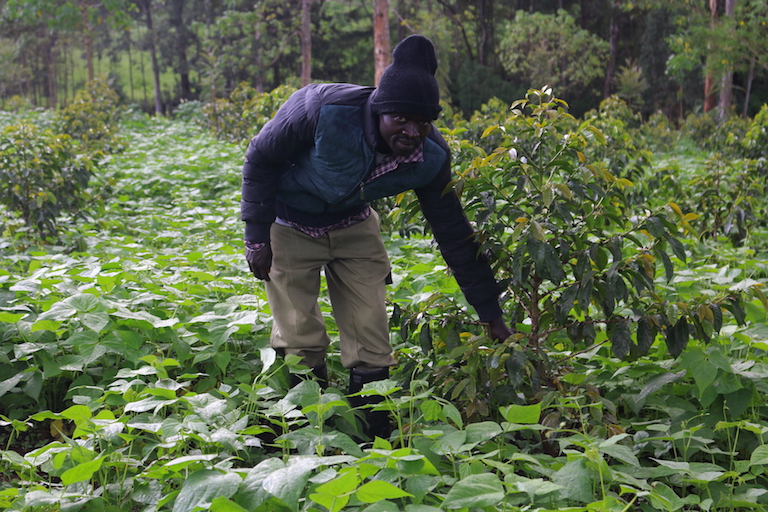 Their gardening of the forest required that they regularly rotate homestead areas, about every two years, to protect them from degeneration.

“The forest was our source of honey, hunting animals and wild fruits for food. Seeds from some fruits found far away from the homesteads would be dispersed closer to the homestead to allow the children and the elderly access,” says Abraham Mworor Maina, a 94-year-old former assistant chief and father of 16.

Mworor says his community, dependent on sorghum and millet, used shovels curved with stones for minimal soil disturbance, and intercropped the grains with trees in an agroforestry system. “We also farmed between trees, as [they] provided shade. We also relied on the decayed trees’ leaves for soil health.”

“Agroforestry has been with us ever since before man discovered agriculture,” says Jonathan Muriuki, the World Agroforestry Centre (ICRAF) country representative for Kenya. “As a hunter-gatherer, man would harvest fruits from the forest he was living [in] and at some time started domesticating some crops and animals, and clearing space to grow these crops. That’s where it all started.”

Muriuki says agroforestry tries to improve agriculture and productivity by having many components on the farm. “Several crops [like] cereals and legumes are intercropped with trees interspersed on the farm: the trees were either used for livestock fodder production, timber, fruit, [or] soil improvement, but the more species you have on the farm, the more ecologically balanced a farm becomes.” 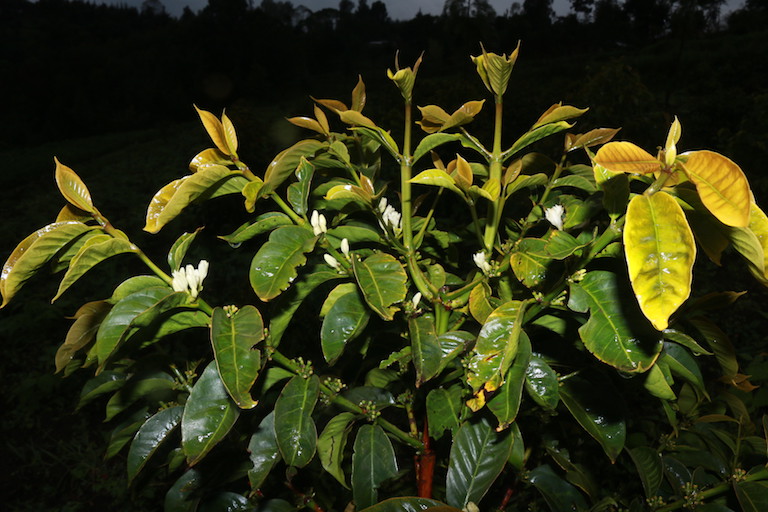 According to Muriuki, agroforestry helps reduce pests and disease, enhances nutrient cycling—since trees are deep-rooted and can draw nutrients from below the soil and bring them to the top—while decomposed leaves enrich the crop when they rot, improving soil health.

Trees also improve microclimates through the capture of moisture and store carbon dioxide. Under the Paris Agreement that aims to reduce global temperatures well below 2 degrees Celsius (3.6 degrees Fahrenheit) above pre-industrial levels, and pursuing efforts to limit the temperature increase further to 1.5 degrees Celsius (2.7 degrees Fahrenheit), Kenya has committed to reducing carbon emissions by 30 percent by 2030. The country aims to achieve this goal while increasing tree cover from the current 7 percent to at least 10 percent by 2030 through agroforestry.

Today, the Cherangani are assimilated among communities adjacent to the Cherangani Forest, having adopted farming and the raising of livestock. They also practice their traditional agroforestry, but they must implement it outside the forest, as the government no longer recognizes their hunter-gatherer way of life.

Despite a majority having settled on the farms allocated by the government, about 5,000 people on the eastern block live within the forest boundaries as squatters, with no title deeds, while the rest are distributed in the three administrative counties of Trans-Nzoia, West Pokot and Elgeyo-Marakwet, around the Cherangani Hills. 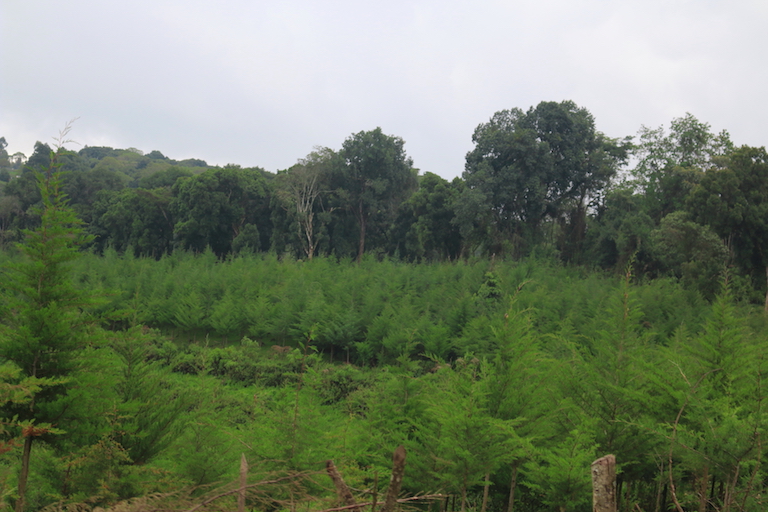 A biodiversity hotspot and water source

Over the years the ecosystem has been threatened by increased pressure from degazettement for settlements, encroachment and illegal logging for timber, posts, charcoal, livestock fodder, plus tree felling purportedly by honey gatherers.

Peter Kyenze, assistant ecosystem conservator for West Pokot at the Kenya Forest Services, says that by 2012, the Lelan Forest Reserve within the eastern block had been reduced by 7,600 hectares (18,800 acres) from the original 32,000 hectares (79,100 acres) of gazetted forest. 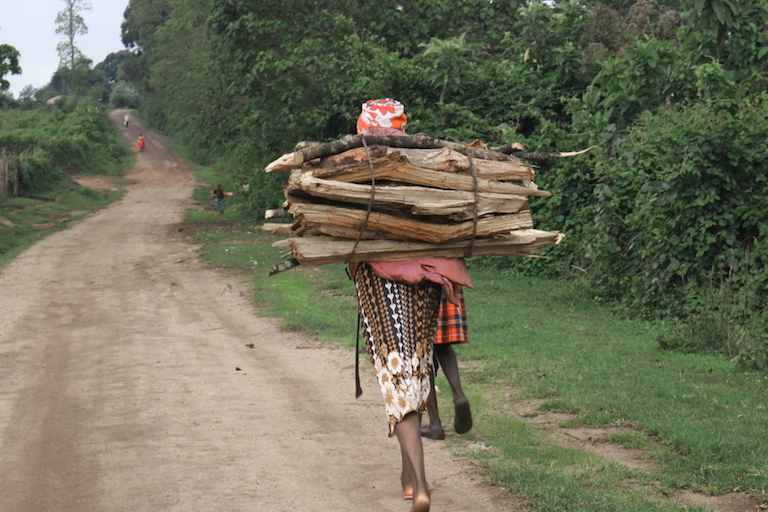 The gathering of firewood is a major source of deforestation in the area. Photo credit: Sophie Mbugua for Mongabay

But about 200 Cherangani communities living adjacent to the forests have been planting woodlots as a source of wood, firewood and charcoal, aimed at reducing pressure on the forest resources and to improve their livelihoods.

“We have been planting avocado trees and intercropping either beans [or] potatoes with coffee trees, interspersed with Grevillea robusta trees to improve [livelihoods] and nutrition,” says Solomon Cherongos, executive director of the Cherangani Multi-Purpose Development Program (CHEMUDEP), a grassroots indigenous peoples’ organization.

For Manasseh Cheruiyot, a 38-year-old father of four from Tingiket village in West Pokot, agroforestry opened up an opportunity to invest in his children’s future through growing eucalyptus and coffee.

Of his 1.6 hectares (4 acres), he has set aside 0.2 hectares (0.5 acres) on which he grows coffee intercropped with beans and G. robusta, also known as southern silky oak. “CHEMUDEP supplied me with about 250 trees during the dry season. I improvised a polythene bag drip irrigation system and mulching, which ensured only 10 died.”

Cheruiyot’s coffee flowered for the first time this March. Though he hasn’t realized the financial benefit from the crop yet, bean yields have improved and now earn him $500, up from last year’s $350.

“The area is steep, and having trees on the farm has helped reduce water runoff and soil erosion during rains. I have noted the soil is retaining water longer, and additional organic matter from the poultry dung has helped improve soil fertility,” Cheruiyot says. “I also prune and let the Grevillea tree leaves decompose, adding soil fertility.” 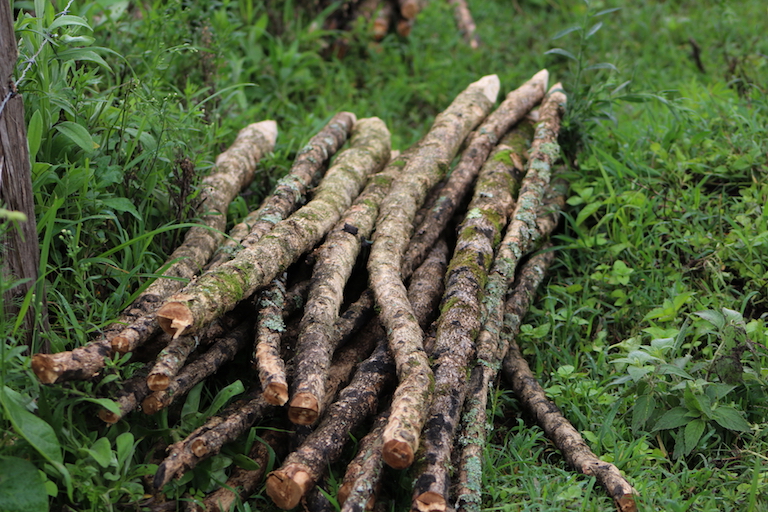 He says he expects to harvest about 720 kilograms (1,590 pounds) of coffee beans from October through December this year, with each tree producing at least 3 kilograms (6.6 pounds). “I will sell locally through the cooperative society where a kilogram sells [for] between $2.50 [and] $4. With additional maize earning us at least $1,000, and $500 from beans, these resources will ensure my young family is provided for,” Cheruiyot says.

Outside funding for the forest

In 2011, a five-year, $4.5 million Global Environment Facility (GEF) project began here with an additional $500,000 in additional funding from the United Nations Development Programme (UNDP). It was dubbed Strengthening the Protected Area Network within the Eastern Montane Forest Hotspot of Kenya, and was implemented by Nature Kenya in conjunction with the Ministry of Environment, Water and Natural Resources and CHEMUDEP.

The original project was geared only toward forest conservation and lacked a livelihood improvement component until 2014, says Paul Matiku, Nature Kenya’s executive director. “But since the Sengwer had unique demands compared to communities on other sites, the project was tailor-made to incorporate them, with over 200 households directly benefiting from either avocados, woodlot seedlings, or coffee,” he says. An additional 2,000 households received training on forest conservation and agroforestry techniques.

CHEMUDEP’s Cherongos says coffee and woodlot plantings had 60 percent and over 90 percent survival rates respectively during the project, but less than 30 percent of the avocados survived. But he says all is not lost, as the group has been learning from Peter Ndung’u, an avocado farmer, and Lukano Enterprises, a Kenya Plant Health Inspectorate Service-certified nursery, which has been training 10 households on avocado management.

“These will benefit from the second batch of about 1,000 seedlings that will be distributed among 100 farmers, as the previous did not survive due to drought and lack of proper management,” Cherongos says.

Ndung’u, a 29-year-old father of four from Munyaka village, planted 20 avocado trees of an early-maturing, high-yielding variety supplied by Lukano Enterprises, in addition to the family’s older trees. He harvests once or twice a year depending on the rainfall, and says the May-to-June harvest yields about 30 bags. Along with about 10 bags that he harvests in December, the avocados bring him $400 to $600 annually.

“The production cost is low, it’s not affected by pests and diseases, but the fruit is highly attractive to wild animals. Older trees make good building posts, charcoal and firewood,” Ndung’u says. “I can’t remember my family sourcing firewood from the forest. We have always pruned branches from the older species to prevent them from spreading, which we use for firewood.”

Bordering the forest, Ndung’u says the avocados act as a buffer for other crops, as they provide food for wild animals. 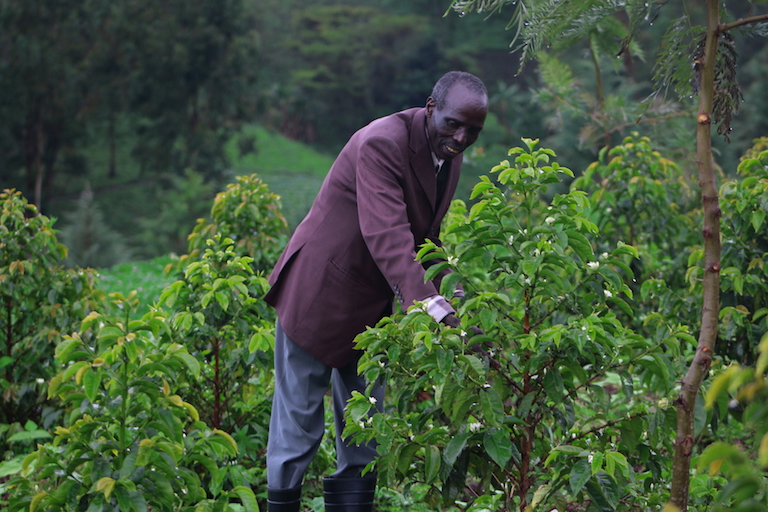 “Since the forest has been extensively damaged, the animals come in search of food at the farms. I believe it’s a noble idea to plant fruit trees for conservation, to minimize human-wildlife conflict, as the forest has shrubs remaining without any berries for the animals to eat. If they have natural fruits, they will not have to come to the farms in search of it,” Ndung’u says.

Apart from protecting the forests by growing forest products right on their farms, ICRAF’s Muriuki feels that as forests shrink, agroforestry practices will protect forests by safeguarding tree species’ genes from further loss.

“We are losing some tree species to deforestation, and the genes that are needed to keep them producing. When these trees are allowed to [grow] on the farm, we can create gene corridors where pollinators of various species can move across landscapes and get diverse pollens, which keep genes flowing,” he says.

Muriuki says he believes agroforestry also protects the forest due to community management. “Acknowledging that a landscape is a continuum of life, and some human beings’ needs come from the forest, you allow a few human activities inside the forest, and as communities get access to the forest, they allow what should be grown in the forest to grow within their farmlands,” he says. This results in better landscapes, better air, and an improved water system, Muriuki adds. 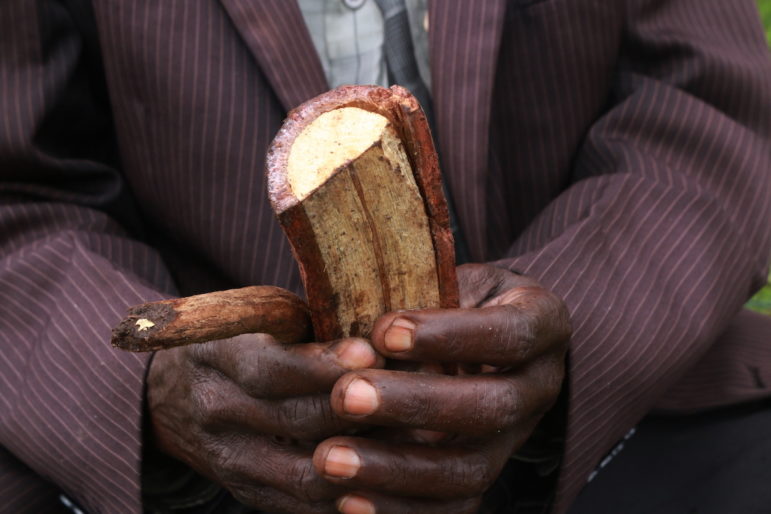 Still, village elder Mworor is sad that traditions the Cherangani still hold are not acknowledged more widely to protect the forest. “The forest was believed to be a living thing, Cheranganis never cut a tree! It’s unfortunate our conservation traditions are no longer considered important,” he says.

For his part, Cheruiyot is keen to expand his agroforestry efforts by planting coffee under trees intercropped with beans on an additional 0.2 hectares to maximize profits. “I used to plant maize and beans alone,” he says. “I never knew the land could hold this many crops and earn my family the better return.”

This feature is part of an ongoing series about the global implementation of agroforestry, see all the articles in the series here.

Reposted with permission from Mongabay.