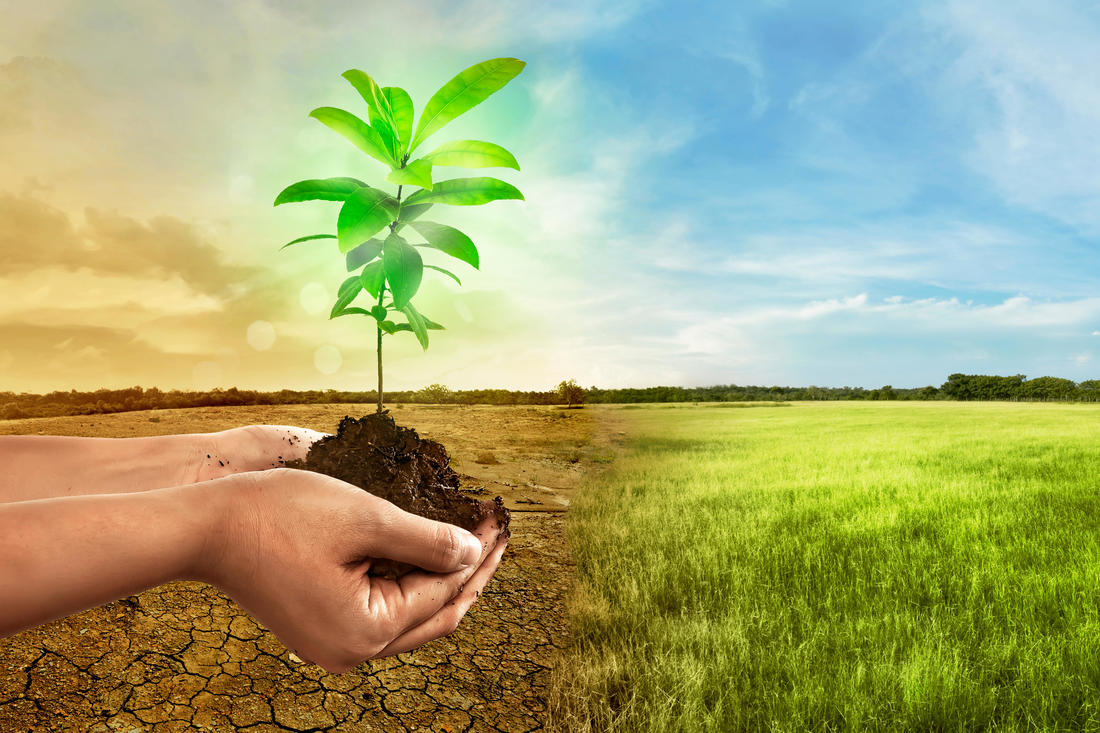 Across the nation, the first wave of a political movement rooted in agriculture’s role as a climate solution is gathering momentum. Unseen by most city dwellers and suburbanites, a carbon farming revolution is sweeping over the land. Driven by a mix of economic and ecological reasons, a growing number of farmers and ranchers are adopting practices to draw down carbon dioxide from the atmosphere, where it overheats the planet, into soil, where it boosts fertility. Plants have performed this pollution-to-nutrition alchemy nearly forever, with the deep, dark loam found in the world’s breadbaskets attesting to soil’s ability to keep carbon out of the air for thousands of years. Research suggests photosynthesis could “lock up” enough carbon to help civilization avert a climate catastrophe – assuming, of course, emissions from coal, oil, and natural gas are swiftly reduced through the deployment of renewable energy technologies.

Converting agriculture, from a net source of greenhouse gases to a net sink, flips the climate imperative from “do less harm” to “do more good,” a proactive planetary healing that recognizes ecological restoration is climate mitigation. As one sign that so-called regenerative agriculture is going mainstream, Kiss The Ground, a California-based advocacy organization, will soon release a soil documentary featuring cameos by a celebrity couple not known for farm activism: Tom Brady and Gisele Bundchen.

The right policies, of course, will be key to hastening a transition to climate-friendly agriculture, and democracy is answering the call. Healthy soil has risen from an obscure topic to a key issue for a small but swelling cadre of candidates able to think beyond the next election cycle.

Audrey Denney, candidate for Congress in California’s 1st District, encourages voters to send her to Washington, D.C. to “fight for the health of our soils, our planet, and our future.” Denney, raised in a farming family, studied Agricultural Education then learned agro-ecology by assisting with projects in El Salvador and Ghana. “At a federal level, I’d work for more funding to increase the staff of the Natural Resource Conservation Service, which does a great job providing technical assistance on stewarding and building our soil health. I’m also committed to an outcome-based system rather than a practice-based system, empowering farmers to find creative and economically viable climate mitigation solutions,” said Denney.

Bob Massie, a social justice activist, ordained minister, and former head of Ceres, an organization working to green the world’s largest companies, is campaigning to be the next governor of Massachusetts on a platform supporting agriculture’s unique role in reversing global warming. “Farmers, businesses, government agencies – even backyard gardeners – can manage land to capture carbon dioxide in soil and improve soil health,” said Massie.

Also in Massachusetts, PhD physicist Gary Rucinski, Northeast Regional Coordinator for Citizens Climate Lobby, is hoping to unseat U.S. Representative Joe Kennedy III in the 4th Congressional District. According to the challenger, the incumbent doesn’t support the bold action needed to address the climate crisis, such as a transition to farming practices that mitigate climate change. “I am encouraged by draft Massachusetts legislation seeking to advance the practice of regenerative agriculture in the Commonwealth. Agriculture that improves soil carbon content is both a climate and a food security measure. As a representative in the U.S. Congress, I would advocate for changes to the federal Farm Bill to promote soil health,” said Rucinski.

Nate Kleinman, well known Occupy activist and co-founder of the Experimental Farm Network, is running for U.S. Congress in New Jersey’s 2nd district. Equal parts organizer and farmer, Kleinman’s nonprofit is devoted to the collaborative breeding of plants resilient to a changing climate, with a focus on long-rooted perennial food crops that sequester carbon in soil. Kleinman promises to “Incentivize regenerative organic agriculture and small family farms, and support farmers who choose to transition to sustainable methods.”

Arden Andersen, a physician, farmer, and regenerative agriculture educator running for governor of Kansas, recently tweeted, “Appropriate farm technology can make Kansas carbon neutral in 5 years due to carbon sequestration into soil humus.” Andersen is credited with coining the term “nutrient-dense,” used to describe food high in minerals and vitamins. Crops raised in carbon-rich soils derive all the nutrition they require for vigorous growth from bacteria and fungi working symbiotically with a plant’s root system, with no need for costly fossil fuel-based fertilizers and pesticides.

Billy Garrett, running for lieutenant governor of New Mexico, wrote recently in the Santa Fe New Mexican that, “Regenerative agriculture and ranching practices – such as shifting from inorganic to organic fertilizer, planting cover crops and applying compost to rangeland – have the potential to substantially increase the amount of carbon sequestered in the soil while increasing yields and enhancing water retention.” Economic revitalization is also promised. “A revolution in regenerative agriculture could mean a new source of income for New Mexico’s rural communities, allowing farmers and ranchers to generate carbon offsets,” said Garrett.

Regenerative agriculture candidates have found a home on social media in the Twitter feed of Citizens Regeneration Lobby (CRL), the political lobbying arm of the 850,000-member strong Organic Consumers Association. Alexis Baden-Mayer, director of CRL, notes that the roster of traditional farm issues, such as the regulation of pesticides and fertilizer runoff, has expanded this political season to include recognition of agriculture’s role as the only sector of the economy poised to reverse climate change. “One of the most exciting aspects of regenerative agriculture is how quickly this climate mitigation tool can be ‘switched on.’ Farmers and ranchers can, within a few years, transition to land management practices that make their farms not just carbon-neutral but carbon-negative, sequestering more CO2 than is emitted. The remarkable potential of agriculture to sequester literally billions of tons of carbon annually offers a much needed glimmer of hope on the climate front,” said Baden-Mayer.

Heralded by California’s pioneering Healthy Soils Program, paying farmers to return carbon to soil, and France’s aspirational “4 per 1000” international initiative, encouraging farmers worldwide to enrich soil organic matter by 0.4% each year to stabilize the atmospheric carbon dioxide concentration, the regenerative agriculture transformation is well underway. It must accelerate, lest the planet bake for millennia.

Seth Itzkan and Karl Thidemann are co-founders of Soil4Climate, a Vermont-based nonprofit advocating for soil restoration to reverse global warming. Bill McKibben is the Schumann distinguished scholar at Middlebury College and founder of the anti-climate change campaign group 350.org.

Reposted with permission from Soil4Climate.