Recently there have been a series of articles stating that Sri Lanka’s economic chaos was caused by the government forcing the country to go organic.

These articles’ familiar false narratives, untruths, and language style show that they were written by spin doctors from a PR company employed by pesticide/big agriculture cartels. They were cut and pasted by poor-quality journalists who did not fact-check.

The narrative was that the government forced farmers to become organic by banning chemical fertilizers.  This caused crop failures and food shortages which caused the riots, causing economic chaos.

This is a distortion of the truth by falsely connecting the dots. The economic chaos was not caused by the country going organic, as it hadn’t gone organic. The government was only planning to do so in the future.

Sri Lanka was in severe economic trouble due to the build-up of financial debt caused by a combination of factors that began with the crippling financial drain, infrastructure damage, and social disruption of the decades-long civil war.  The crisis was exacerbated in April 2019 due to church suicide bombings destroying the international based tourism industry, which was a significant provider of foreign currency for the country.  The value of its currency fell and made it more expensive for industry and the government to import essential goods such as fuel.

On top of this, tax cuts in 2019 reduced government revenue and deepened that country’s national debt. The 2020 Covid-19 pandemic decimated the tourism industry. All these factors caused a significant increase in inflation, contributing to shortages of food and essential goods and increasing food insecurity in Sri Lanka. Sri Lanka was in severe economic and social trouble by the beginning of 2021.

The Import and Export Control Department banned the importation of chemical fertilizers on April 27, 2021, because they contributed over $400 million to the trade deficit. This was the start of a range of measures that would be proposed to create an economic recovery.

The following month on May 10, 2021, President Gotabaya Rajapaksa gave a directive to form the Presidential Task Force for creating a Green Sri Lanka with Sustainable Solutions for Climate Change. This Task Force had the aim to turn Sri Lanka into a world leader in “the benefits that could be derived nationally and internationally by the launch of a programme for improving biodiversity in Sri Lanka and eco-friendly houses by utilization of organic and natural fertilizer and the potential for sustainable development by minimizing climate changes and through a green economy.”

Organic Agriculture was not the Cause of Sri Lanka’s Economic Chaos.

The ban on chemical fertilizers and agrochemicals was not to turn Sri Lanka into an organic country; it was to reduce Sri Lanka’s crippling national debt. A presidential task force was formed to develop a green, climate change-resilient economy of which organic agriculture was one aspect.

Sir Lanka never implemented a national organic transition program, so the campaign to blame the collapse of its economy on organic agriculture is pure misinformation based on a series of lies fed by a PR company to poor-quality journalists who did not fact-check.

The economic chaos, not the decline in rice yields, was the cause of the riots. The traditional withholding of rice stocks and the artificial increases of prices that the rice miller oligarchies do every year after the primary harvest season created artificial shortages that contributed to the riots. Other contributing factors were the result of fuel and essential items shortages and excessive inflation, making everything more expensive and unaffordable. 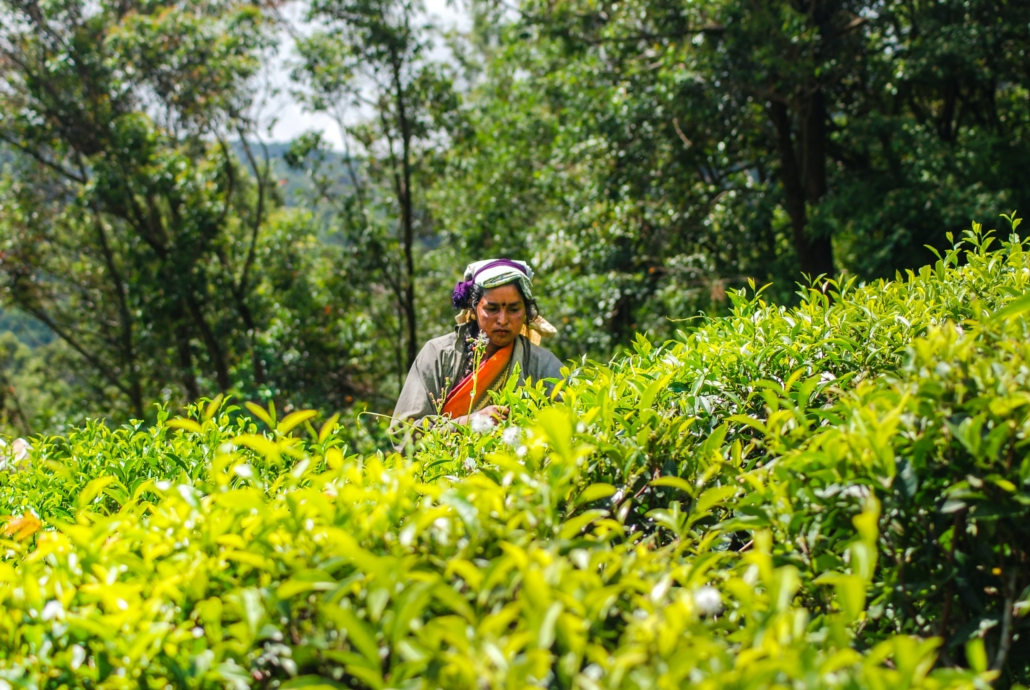 The sudden reduction of fertilizer caused a decline in rice production. However, this was not because the country went organic. It takes three years to transition a farm to organic and decades to transition a country or region, as in the cases of the successful transitions of Bhutan and Sikkim. Just stopping chemical fertilizers does not make a farm organic.

The national and international organic sectors advised the Sri Lankan Government against doing this because it would lead to a sudden drop in yields. We develop plans to manage the transition to organic and advise against the sudden cessation of fertilizers and agrochemicals for this reason. A plan was never developed for Sri Lanka, although a few proposals were started to begin the process that would require decades to implement.

Organic agriculture is not a system of neglect. Stopping chemical fertilizers and toxic agrochemicals do not make a farm organic. Organic agriculture has a variety of management systems to increase soil fertility and effectively manage weeds, pests, and diseases. These take years to develop, requiring three years to get organic certification.

Transitioning to organic does not have to decrease yields. Best practice organic systems are getting equal to higher yields than industrial and agricultural systems, especially in developing countries like Sri Lanka.

Noémi Nemes from the United Nations Food and Agriculture Organization (FAO) analyzed over 50 economic studies. She stated that the data: ‘… demonstrates that, in most cases, organic systems are more profitable than non-organic systems. Higher market prices and premiums, lower production costs, or a combination of the two generally result in higher relative profits from organic agriculture in developed countries. The same conclusion can be drawn from studies in developing countries, but there, higher yields combined with high premiums are the underlying causes of their relatively greater profitability.’

The critical issue here is that organic agriculture provides a higher income and higher yields in developing countries. Significant increases in yields can be achieved by teaching farmers to add science-based regenerative and organic practices to their traditional methods by adopting:

A report by the United National Conference on Trade and Development (UNCTAD) and the United Nations Environment Programme (UNEP) that reviewed 114 projects covering 2 million hectares and 1.9 million farmers found that organic agriculture increases yields in Africa. ‘…the average crop yield was … 116 percent increase for all African projects and 128 percent increase for the projects in East Africa.’

Rice is the most important staple food crop in Sri Lanka. There is ample evidence that rice production and profitability can increase with regenerative and organic agriculture based on the science of agroecology.

While the rice yields are similar, the most significant information that came from this study was when the average family living expenses were deducted from the net income. It showed that at the end of the year, on average, the organic rice farmers had a surplus income of 5,967 pesos, whereas the industrial rice farmers had a loss of 4,546 pesos.

The improvements in the science and practices of the System of Rice Intensification (SRI) using regenerative and organic systems are getting impressive yields higher than the average.

Professor Uphoff from Cornell University states: “SRI methods have often enabled poor farmers to double, triple, or even quadruple their yields, not just individually but on a village level, without purchasing new varieties or agrochemical inputs.”

The transition program is essential because of the current exceptionally high prices for synthetic fertilizers and the poor exchange value of the Sri Lankan currency; most farmers cannot afford these fertilizers. They are going into deep debt when they use them or have reduced yields by not using them because they haven’t been taught effective alternatives.

Adopting best-practice organic and regenerative systems based on the science of agroecology will ensure good yields and higher incomes for farmers without these expensive and toxic chemicals.