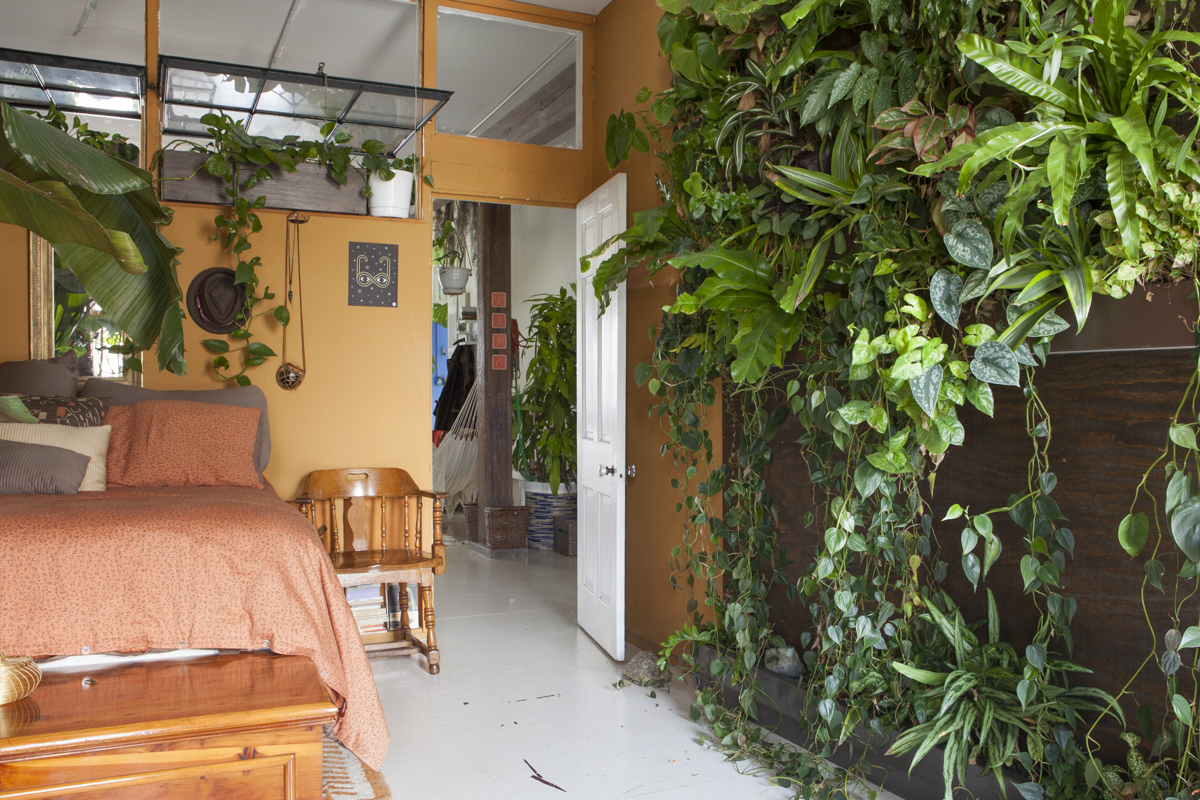 The model-turned-sustainable-clothing-activist-turned-sustainable-food-movement-activist has had an eventful career. Oakes currently heads up marketing for Foodstand, whose aim is to “to connect a community of good eaters,” and also runs a website about detoxing from sugar. But leading up to these jobs, she earned an environmental science degree, worked as a model, wrote a book (with another due out this year), and launched a service to connect designers with sustainable fabrics.

For 11 years, Oakes has lived in a 1,200-square-foot converted industrial space in Williamsburg, which is filled with 500 plants, including a living wall, an irrigated vertical garden constructed out of mason jars, and, in a closet garden, edible plants ranging from the familiar (herbs, greens) to the exotic (a pineapple plant, curry leaves—the latter of which she raves about). Although Oakes studied environmental science in school, her love of agriculture goes back further than that. She grew up, she says, on five acres of land in rural northeastern Pennsylvania, alongside chickens, goats, and an orchard

To garden in an apartment is a daunting task; lack of space, soil, and especially sunlight tend to put firm limitations on what you can and can’t grow. “I’m lucky that I have windows on both sides of my house, one south-facing, which gets a lot of light, and one north-facing,” says Oakes. “In the windows is where I have more of the light-necessary plants, like ivy, which I can’t eat, and herbs.”

Her apartment is an attempt to cram a country house into a Brooklyn apartment. None of that is really possible in the city, but Oakes does her best: a vermiculture kit beneath the kitchen sink, a compost bin, LED lighting systems, a sub-irrigation system for certain plants, and plants, plants everywhere. Succulents line the bathroom. An old sled on which her pots and pans are hung also include low-light-tolerant philodendrons.