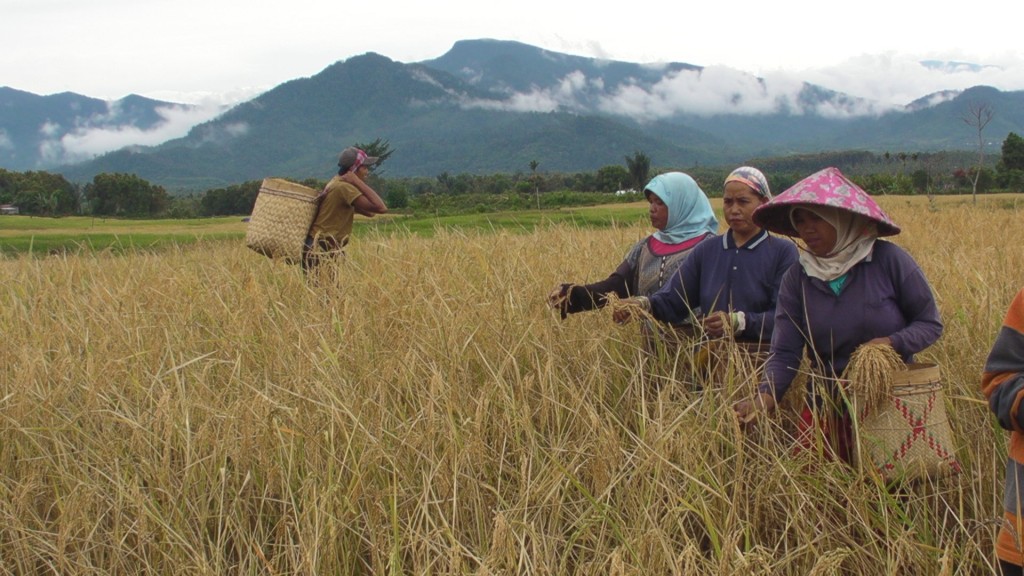 The rate of social change is unimaginably rapid. Take the example of electricity: lights, trains, the internet, mobile phones & refrigeration. Less than a hundred years ago, most of the world lived without these things, and even today about 1/3 of the worlds people continue to live without power or a reliable source of it. In this article I will be discussing agro-ecosystems, not social change. The example merely serves to charge the imagination a little; to make it capable of stretching out to view possibilities beyond its container of the mind, a thing also ordinarily limited by its appetite for objects of study, e.g. the present day, books and media also focused on the present or the past. Please bear with me, dear reader, as the commentary shifts again.

I like to study history as thought-fodder for imagining the future. Recently I read Changes in the Land by William Cronon and came away with a new outlook on the colonial period of the Eastern woodlands of the USA. My imagination came into swing, thinking about how at some point this ecosystem may again be drastically diminished by a new set of circumstances, for instance, by a shortage of heating oil. How many years would the rich forest survive decimation by millions seeking an alternative heat source? I will not waste time guessing because it is much too urgent now to imagine solutions and take action for presently existing problems around the world. These problems and the solutions to them become models for designing and managing ecosystems for resiliency and self-sufficiency that will prevent future disturbance to soil, land and water.

In it’s biggest usage, agriculture is the production of not only food, but also fuel, fodder, fiber and medicine. Everyone eats and because they do, they make agricultural choices that directly affect climate change, ecosystem destruction, species extinction, social justice, racial and gender equality. Agriculture weighs heavily in all of these issues. Unfortunately, agriculture has never produced much money in its dependence on uncontrollable natural forces, commodity price windfalls, lack of everyday production (duration from input to output) etc. For this very reason, family farms have experienced a ‘brain drain’ worldwide as the smart kids leave for better pay and the remaining ones become exploited by businesses unsentimental for consistent harvests, clean water, fertile soil and family livelihoods. This is when I invite the reader to imagine robotic arms and diesel machines raking the earth’s dry derivatives of chemical-controlled waste-farms (please, let’s not talk about farm animals)

On the bright side, there is a movement rapidly gaining momentum worldwide to rehabilitate land devastated both by industrial agriculture and the pressure of subsistence economy populations. The main tool of these new land managers is the integration of production systems for maximum output while reducing inputs through an exchange of ecological services. This exchange could fill a university level agro-ecology class, so I will keep it simple and funnel words into imagination again: animals grazing mixed forages between rows of trees. These trees are multi-strata and multi-purpose; some of them fix nitrogen and the others produce nuts and fruit. A few rows away, an electric wire keep the grazing ruminants away from vegetables, root crops and grain also growing between rows of trees. Particular fast growing tree species are continually chopped as a fertilizer for the nut and fruit trees, as feedstuff for animals and their leaves as green manure for the annual crops. Meanwhile–to banish any thoughts that this a peasant utopia– the tractor is sedately hissing nearby loaded with chestnuts moving at its whiny diesel hiss to the cooperative mill.

For an example of this kind of system watch the video titled Syntropy from Brazil, highlighting Ernst Gotsch’s efforts there. The rate of carbon sequestration and implications for climate change mitigation & reversal is incredibly high with such an integration of production systems (E. Toensmeier, Carbon Farming). Sequestration in the soil by the action of plants and effective management (take note of this for later) is paralleled by a rise in soil fertility. This means reduction of inputs like synthetic fertilizer and chemicals. Additionally, the production of food is massively higher than any rice paddy or cornfield on earth, possibly 7-10 times higher (M. Shepherd, 2013) Silvo-pasture that incorporates timber trees or orchard trees into animal pasture and agro-forestry systems are getting lots of attention. In light of the small-scale revolutions in land-management taking place around the world, 60 experts published an article in the UN’s Trade and the Environment Review (‘Wake Up Before it’s Too Late’, 2013)  that despite good efforts underway, industrial farm systems tweaking their standards of production will not mitigate land degradation and climate change, and only integrated agro-ecological and organic systems practiced widely offer hope of both feeding the world and regenerating land and managing it sustainably.

KEEP READING ON ON THE FARM DOCUMENTARY