The loss of organic matter from agricultural lands constrains our ability to sustainably feed a growing population and mitigate the impacts of climate change. Addressing these challenges requires land use activities that accumulate soil carbon (C) while contributing to food production. In a region of extensive soil degradation in the southeastern United States, we evaluated soil C accumulation for 3 years across a 7-year chronosequence of three farms converted to management-intensive grazing. Here we show that these farms accumulated C at 8.0 Mg ha(-1) yr(-1), increasing cation exchange and water holding capacity by 95% and 34%, respectively. Thus, within a decade of management-intensive grazing practices soil C levels returned to those of native forest soils, and likely decreased fertilizer and irrigation demands. Emerging land uses, such as management-intensive grazing, may offer a rare win-win strategy combining profitable food production with rapid improvement of soil quality and short-term climate mitigation through soil C-accumulation.

Family farming preserves traditional food products, while contributing to a balanced diet and safeguarding the world’s agro-biodiversity and the sustainable use of natural resources. Family farmers are the custodians of a finely adapted understanding of local ecologies and land capabilities. Through local knowledge, they sustain productivity on often marginal lands, through complex and innovative land management techniques. As a result of the intimate knowledge they have of their land and their ability to sustainably manage diverse landscapes, family farmers are able to improve many ecosystem services.

Family farming represents an opportunity to boost local economies, especially when combined with specific policies aimed at the social protection and well-being of communities.

Family farmers have strong economic links to the rural sector; they contribute strongly to employment, especially in developing countries where agriculture still employs the majority of the labour force. In addition, the incremental income generated by family farming is spent on housing, education, clothing etc. in the local non-farm economy.

The possibility of reducing greenhouse gas (GHG) emissions by ruminants using improved grazing is investigated by estimating GHG emissions for cow-calf farms under light continuous (LC), heavy continuous (HC) and rotational grazing, also known as multi-paddock (MP), management strategies in Southern Great Plain (SGP) using life cycle assessment (LCA). Our results indicated a GHG emission with these grazing treatments of 8034.90 kg·CO2e·calf−1·year−1 for cow-calf farms in SGP region, which is higher, compared to that for other regions, due to the high percentage (79.6%) of enteric CH4 emissions caused by relatively lower feed quality on the unfertilized rangeland. 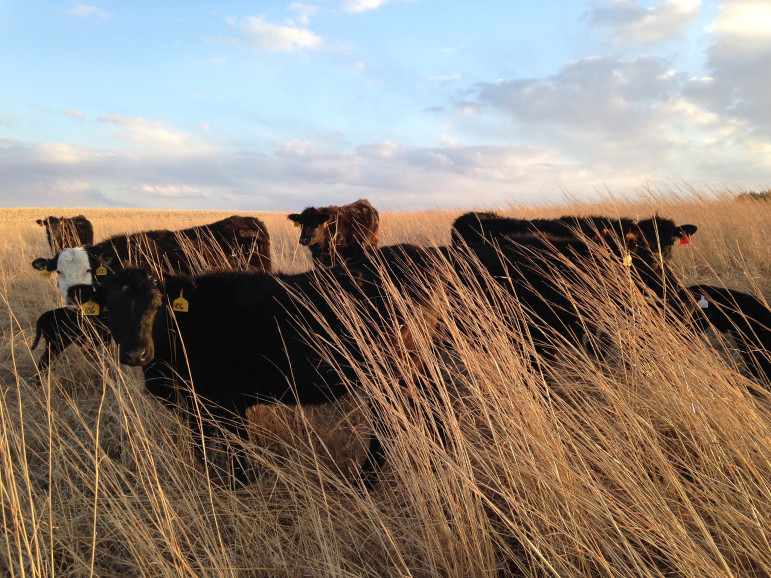 Sensitivity analyses on MP grazing strategy showed that an increase in grass quality and digestibility could potentially reduce GHG emission by 30%. Despite higher GHG emissions on a per calf basis, net GHG emissions in SGP region are potentially negative when carbon (C) sequestration is taken into account. With net C emission rates of −2002.8, −1731.6 and −89.5 Kg C ha−1·year−1 after converting from HC to MP, HC to LC and from LC to MP, our analysis indicated cow-calf farms converting from continuous to MP grazing in SGP region are likely net carbon sinks for decades.

For many years, large areas of grasslands around the world have been turning into barren deserts. This process, called desertification, is happening at an alarming rate and plays a critical role in many of the world’s most pressing problems, including climate change, drought, famine, poverty and social violence. One major cause of desertification is agriculture—or the production of food and fiber from the world’s land by human beings for human beings. In the past, large wild herds of grass-eating herbivores migrated and were pushed along by predators over the grasslands. These herds grazed, defecated, stomped and salivated as they moved around, building soil and deepening plant roots. Over time, the wild herds were largely replaced by small numbers of domestic, sedentary livestock and populations of predators were mostly destroyed. Without the constant activity of large numbers of cattle, the cycle of biological decay on the grasslands was interrupted and the once-rich soils turned into dry, exposed desert land.

Forty years ago, Allan Savory developed Holistic Management, an approach that helps land managers, farmers, ranchers, environmentalists, policymakers and others understand the relationship between large herds of wild herbivores and the grasslands and develop strategies for managing herds of domestic livestock to mimic those wild herds to heal the grasslands. Holistic Management is successful because it is a cost-effective, highly scalable, and nature-based solution. It is sustainable because it increases land productivity, livestock stocking rates, and profits.

Today, there are successful Holistic Management practitioners spread across the globe, from Canada to Patagonia and from Zimbabwe to Australia to Montana. More than 10,000 people have been trained in Holistic Management and its associated land and grazing planning procedures and over 40 million acres are managed holistically worldwide.

The Savory Institute empowers people to properly manage livestock by teaching them how to use Holistic Management, connecting them in ways that have benefits for everyone, and removing barriers along the path to success. Many of our key audiences such as policymakers, landowners and investors want evidence that shows Holistic Management works to achieve large-scale environmental, economic, and social benefits.

To meet this need, the Savory Institute is working to measure impact by monitoring the health of ecosystem processes, sequestration of atmospheric carbon into soil carbon, well-being of our communities, as well as our financial vitality. The following portfolio that proves the principles behind Holistic Management includes peer-reviewed journal articles, theses and dissertations, and reports.

I write to offer a constructive way forward in the tragic cultural genocide unfolding in America’s
wonderful western ranching culture that is embedded in the nation’s culture.
I do so knowing the risks of trying to help a lion by operating on a back molar in its jaw.

The recent RANGE article featuring Nevada rancher Cliven Bundy (whose cattle were taken from his southern Nevada range by the BLM backed up by SWAT teams) typifies the western ranching cultural genocide taking place. It is a tragedy based on deeply held myths and assumptions rather than on any known science.

No publication has done more than RANGE, valiantly fighting for fairness and the rights of ranchers in the protracted rancher-federal agency war over western public lands. When decent human beings—including ranchers, environmentalists and government land managers who are doing the best they can—all want healthy land with abundant wildlife, flowing rivers, stable rural families and communities in a healthy thriving nation, solutions and collaboration are needed instead of conflict.

How easy it is to draw our swords and yet how difficult it is to re-sheath them. So let me start with a point that I believe all parties can agree upon: management including policy should be based on science rather than on emotion, belief and assumption. With that in mind, let’s look at the current situation. Because the ultimate form of land degradation is man-made desert, I will use the official jargon and call the process rangeland desertification.

Desertification typically does not occur where precipitation and humidity are fairly well spread throughout the year, as in many coastal areas like Florida and Washington. However, most western rangelands experience long dry periods whether rainfall is high or low and here desertification occurs on both private and public lands. The symptoms of desertification are: increasingly frequent and severe droughts and floods, poverty, social breakdown, mass emigration to cities or across borders, decreasing wildlife, pastoral culture genocide, and violence and conflict. Most of these are being experienced in America today despite the good intentions of both ranchers and policy-makers.

The risk-takers of past decades who were among the first to park plows and cultivators – believing they could plant crops into untilled stubble and still harvest good yields – may have never dreamed they’d launch a farming revolution. Yet their cumulative efforts worldwide have done just that.

The modern no-till movement on large-scale farms became possible with the invention of herbicides, such as 2, 4-D and paraquat in the 1940-50’s, permitting weed control without tillage. The absence of tillage results in a residue mulch covering the soil surface and requiring seeding practices or equipment designed to sow directly into mulch-covered soil.

A great deal of discussion in scientific and governmental circles has been focused recently on how to deal with greenhouse gas emissions and the resulting weather extremes they have created. Most analysts believe we must stop burning fossil fuels to prevent further increases in atmospheric carbon, and find ways to remove carbon already in the air if we want to lessen further weather crises and the associated human tragedies, economic disruption and social conflict that they bring. 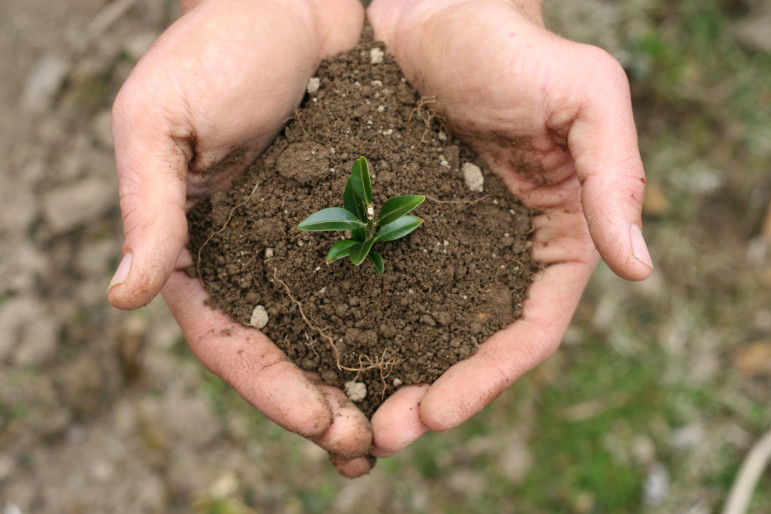 But where can we put that carbon once it is removed from the air? There is only one practical approach — to put it back where it belongs, in the soil. Fortunately, this is not an expensive process. But it does take large numbers of people agreeing to take part. Since few people will change what they are doing without a good reason, we have written this short paper. We hope it explains the problem of carbon dioxide buildup and climate change, how carbon can be taken out of the atmosphere and restored to the soil, and the advantages that can come to farmers and consumers from growing in carbon-rich soils.

Weather anomalies are notoriously difficult to document. To do so requires good data over a long time, and clear standards for what constitutes an anomaly. Recently, however, as more and more people are interested in the topic, development of the data and standards has progressed. The key factors in extreme weather are excessive heat, precipitation, and air moisture. Recent studies have found that monthly mean temperature records, extreme precipitation events, and average air moisture content have all risen over the last 50 to 150 years. (Coumou)