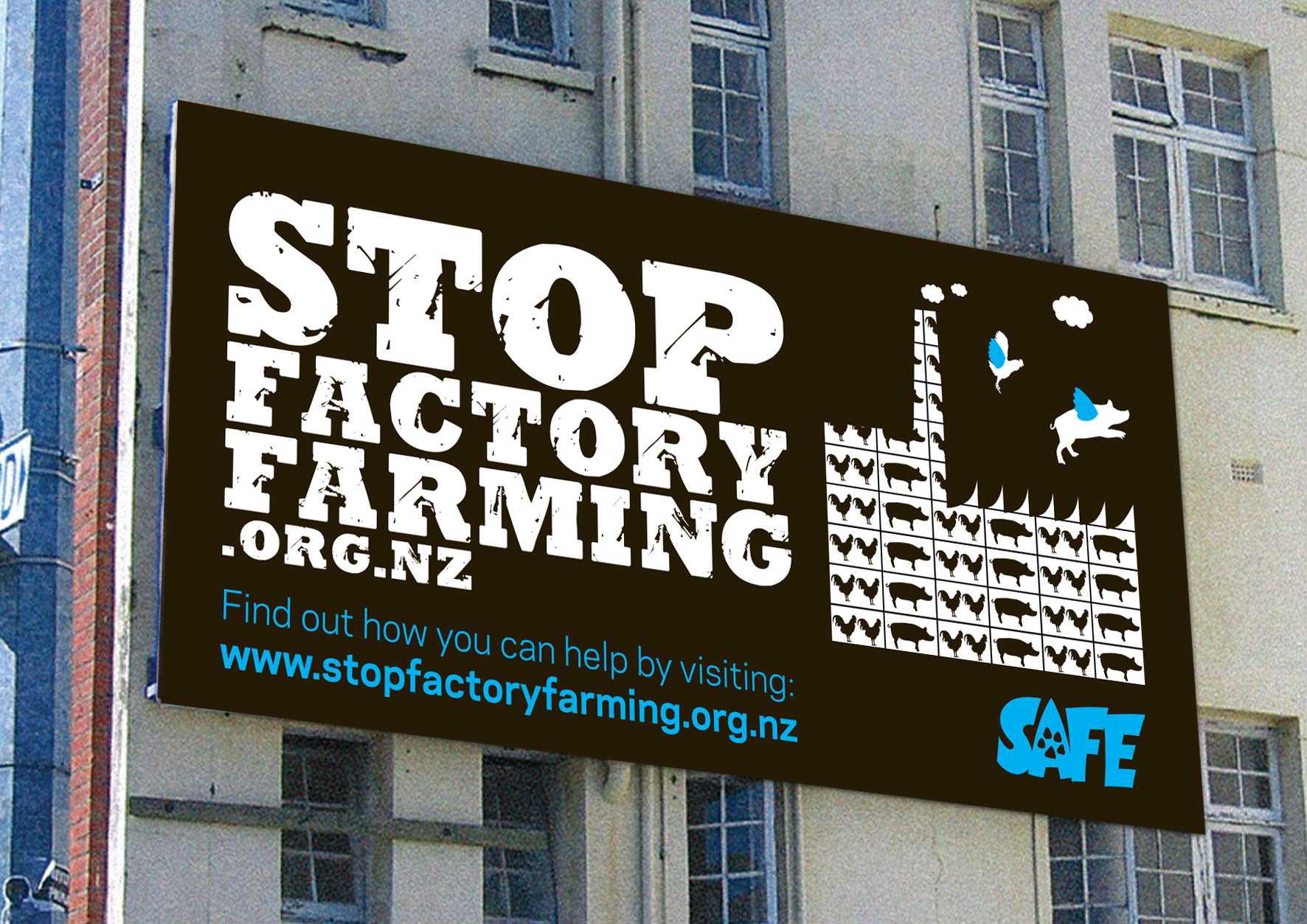 For the first time since the advent of industrial agriculture, the federal government is considering advising Americans to eat “less red and processed meat.”

That advice is the outcome of studies conducted by an independent panel of “experts” which was asked by the U.S. Department of Agriculture (USDA) and the Department of Health and Human Services (HHS) for recommended changes to the U.S. Dietary Guidelines.

The February 19 “eat less red and processed meat” pronouncement by the Dietary Guidelines Advisory Committee (DGAC) was reported widely in mainstream media. It set off a heated debate about whether or not consumers should eat meat, a debate that included the standard name-calling by factory farm front groups, including the Farm Bureau, denouncing consumers and environmentalists (and their alleged pawns on the DGAC) for being “anti-meat” and “anti-farmer.”

Unfortunately in its recommendations, the DGAC didn’t really come out and tell us the whole truth, which would go something like this: “Americans should eat less, or rather no red and processed meat from filthy, inhumane factory farms or feedlots, where the animals are cruelly crammed together and routinely fed a diet of herbicide-drenched, genetically engineered grains, supplemented by a witch’s brew of antibiotics, artificial hormones, steroids, blood, manure and slaughterhouse waste, contributing to a deadly public health epidemic of obesity, heart disease, cancer, antibiotic resistance, hormone disruption and food allergies.”

If the DGAC had really told us the truth about America’s red meat horror show (95 percent of our red meat comes from these Confined Animal Feeding Operations or CAFOs), we’d be having a conversation about how we can get rid of factory farms, instead of a rather abstract debate on the ethics of eating meat.

With a real debate we could conceivably start to change the self-destructive purchasing and eating habits (the average American carnivore consumes nine ounces or more of toxic CAFO meat and animal products daily) of most Americans. Instead we are having a slightly more high-volume replay of the same old debate, whereby vegetarians and vegans, constituting approximately 5 percent of the population, tell the other 95 percent, who are omnivores, to stop eating meat. Nothing much ever comes of that particular debate, which leaves thousands of hard-working, conscientious ranchers, and millions of health-, environment- and humane-minded omnivores, out of the conversation.

I say thousands of “hard-working, conscientious,” ranchers are being left out of the conversation because I know lots of them.

North American cattle ranchers, for the most part, have no love for Cargill, Tyson, Monsanto, JBS, Smithfield, Elanco (animal drugs) or McDonald’s. Most of these ranchers practice traditional animal husbandry, conscientiously taking care of their animals from birth. They graze their cattle free-range on grass, as nature intended, before they’re forced to sell these heretofore-healthy animals at rock-bottom prices to the monopolistic meat cartel.

Before these hapless creatures are dragged away to hell, to be fattened up on GMO grains and drugged up in America’s CAFOs, their meat is high in beneficial Omega 3 and conjugated linoleic acids (LA), and low in “bad” fats.

Unfortunately by the time their abused and contaminated carcasses arrive, all neatly packaged, at your local supermarket, restaurant or school cafeteria, the meat is low in Omega 3 and good “fats,” and routinely tainted by harmful bacteria, not to mention pesticide, steroid and antibiotic residues. What was once a healthy food has now become a literal poison that clogs up your veins, makes you fat, and heightens your risk of heart attack or cancer.

I mention millions of “health-, environment-, and humane-minded” consumers being left out of the “meat versus no meat” conversation because, as director of the two million-strong, Organic Consumers Association, I talk and exchange emails with conscious consumers every day.

No organic consumer, vegetarian or omnivore I’ve ever encountered consciously supports the cruelty of intensive confinement for farm animals. Nor do they support feeding herbivores genetically engineered, herbicide-drenched grains, mixed with slaughterhouse waste. No one supports dosing factory farmed animals with antibiotics and hormones that then end up in your kid’s hamburger at school (unless it’s organic or 100-percent grass-fed.)

No one in their right mind, or at least no one who has ever experienced a factory farm first-hand or even read a book or watched a video about what’s going on, supports CAFOs. That’s why corporate agribusiness is working overtime to pass state “Ag Gag” laws making it a crime to take photos of CAFOs. That’s why the beef cartel and Big Food spend hundreds of millions of dollars a year to keep you in the dark about CAFOs, about whether or not your food contains genetically engineered ingredients, and about the country-of-origin of your food.

McDonald’s, Burger King, Wendy’s and the rest would immediately be on the phone, contacting ranchers directly to buy their grass-fed, healthy, free- range beef.

Before we go any further, let’s identify the real culprits in this CAFO horror show.

Four multi-billion dollar transnational companies—Tyson JBS, Cargill and Smithfield—produce about 85 percent of the factory farm meat in the U.S., making it difficult for ranchers to sell their livestock to anyone but the Big Four. And of course these same Big Four companies, along with their front groups such as the North American Meat Institute, are lobbying the government to ditch the 2015 dietary guidelines to “eat less red and processed meat” recommendation because they understand what that recommendation will do to their bottom lines.

But what the Big Four fear even more is the thought of consumers waking up to the horrors of factory farms, and the filthy, contaminated meat that comes out of these animal prisons.

Fortunately, demand for healthier, sustainably raised grass-fed beef is growing rapidly. Here in Minneapolis-St. Paul where I spend a good part of the year, there are now over 100 restaurants that offer grass-fed beef on their menus. Local co-ops and natural food grocery stores are barely able to keep up with the increasing consumer demand.

But unfortunately 95 percent of beef today still comes from factory farms and feedlots. Meanwhile most of the 100-percent grass-fed meat sold at restaurants such as Chipotle or Carl’s Jr. (a popular chain on the West Coast) is imported from Australia, New Zealand, Uruguay and Argentina, rather than produced here in the US. Why? It’s not because consumers don’t want healthier, more humanely raised 100-percent grass fed beef. It’s because Cargill and Big Food have monopolized the market by brainwashing the public into believing that cheap CAFO meat is OK, while controlling nearly all of the meat processing plants in the country.

The time has come to shift the American diet away from unhealthy, inhumane, GMO factory farmed food. But as Kendra Kimbirauskas of the Socially Responsible Agriculture Project (SRAP) pointed out at her TEDx talk in New York City recently, we, conscious consumers and farmers, “need to get on common ground” and stop “in-fighting over whether to eat ethical meat, go meat-free, or advocate for bigger cages…” As Kimbirauskas emphasizes, we need to enlist environmentalists in our anti-CAFO campaigning as well.

“As long as animals are in factory farms, they are polluting our environment”… And, Kimbirauskas added, “Those most impacted by the problem (farmers and rural people adjacent to CAFOs) need to be most visible in the fight to change It.”

Meat (along with eggs and dairy products) from factory farms is literally killing people with diet-related diseases. Factory farms are a disaster, not only for the animals, but also for the communities where manure and chemical fertilizers and pesticides pollute the air, the soil, streams, lakes, rivers and drinking water.

Factory farms and the GMO farms that supply them with animal feed are a disaster for the climate as well, releasing vast amounts of greenhouse gases, including CO2, methane and nitrous oxide into the atmosphere. The grasslands that support grass-fed beef, on the other hand, if grazed properly, sequester CO2 from the air and put it in the soil, while drastically reducing or eliminating altogether methane and nitrous oxide emissions.

It’s time to stop fighting among ourselves about whether or not to eat meat. Americans need to boycott all factory farmed meat and animal products. Period.

Beyond boycotting CAFO products, if consumers care about their health and the health of the planet, we need to reduce our consumption of sustainable grass-fed animal products to approximately three or four ounces a day (not nine ounces a day, the current average).

We are what we eat. We must get rid of factory farms and put the Earth’s billions of confined farm animals back outside on the land, grazing and foraging, where they belong.

Ronnie Cummins is international director of the Organic Consumers Association and its Mexico-based affiliate, Via Organica.