The reinvestment in agriculture, triggered by the 2008 food price crisis, is essential to the concrete realization of the right to food. However, in a context of ecological, food and energy crises, the most pressing issue regarding reinvestment is not how much, but how. This report explores how States can and must achieve a reorientation of their agricultural systems towards modes of production that are highly productive, highly sustainable and that contribute to the progressive realization of the human right to adequate food. 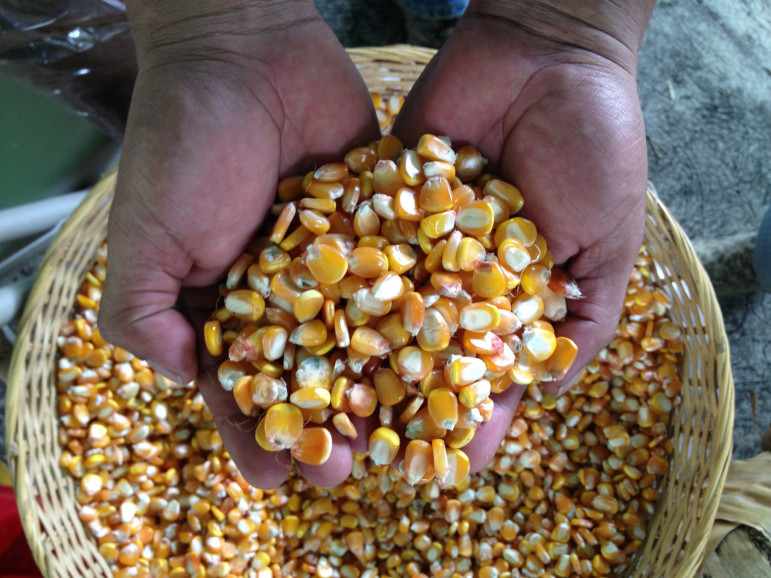 Drawing on an extensive review of the scientific literature published in the last five years, the Special Rapporteur identifies agroecology as a mode of agricultural development which not only shows strong conceptual connections with the right to food, but has proven results for fast progress in the concretization of this human right for many vulnerable groups in various countries and environments. Moreover, agroecology delivers advantages that are complementary to better known conventional approaches such as breeding high-yielding varieties. And it strongly contributes to the broader economic development. The report argues that the scaling up of these experiences is the main challenge today. Appropriate public policies can create an enabling environment for such sustainable modes of production. These policies include prioritizing the procurement of public goods in public spending rather than solely providing input subsidies; investing in knowledge by reinvesting in agricultural research and extension services; investing in forms of social organization that encourage partnerships, including farmer field schools and farmers’ movements innovation networks; investing in agricultural research and extension systems; empowering women; and creating a macro-economic enabling environment, including connecting sustainable farms to fair markets.

Family farming preserves traditional food products, while contributing to a balanced diet and safeguarding the world’s agro-biodiversity and the sustainable use of natural resources. Family farmers are the custodians of a finely adapted understanding of local ecologies and land capabilities. Through local knowledge, they sustain productivity on often marginal lands, through complex and innovative land management techniques. As a result of the intimate knowledge they have of their land and their ability to sustainably manage diverse landscapes, family farmers are able to improve many ecosystem services. 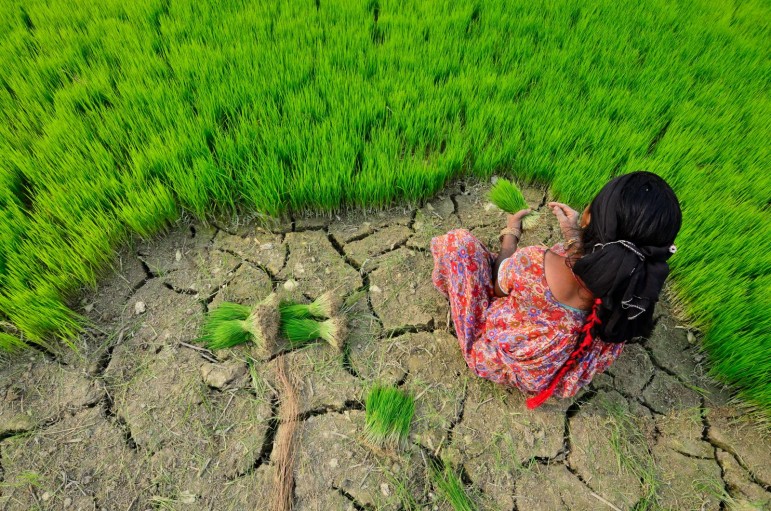 Family farming represents an opportunity to boost local economies, especially when combined with specific policies aimed at the social protection and well-being of communities.

Family farmers have strong economic links to the rural sector; they contribute strongly to employment, especially in developing countries where agriculture still employs the majority of the labour force. In addition, the incremental income generated by family farming is spent on housing, education, clothing etc. in the local non-farm economy.

Family farming includes all family-based agricultural activities, and it is linked to several areas of rural development. Family farming is a means of organizing agricultural, forestry, fisheries, pastoral and aquaculture production which is managed and operated by a family and predominantly reliant on family labour, including both women’s and men’s.

Both in developing and developed countries, family farming is the predominant form of agriculture in the food production sector.

At national level, there are a number of factors that are key for a successful development of family farming, such as: agro-ecological conditions and territorial characteristics; policy environment; access to markets; access to land and natural resources; access to technology and extension services; access to finance; demographic, economic and socio-cultural conditions; availability of specialized education among others.

Family farming has an important socio-economic, environmental and cultural role.

In troubled times, all of us seek ways to make sense of the world. We grasp for organizing beliefs to help us interpret the endlessly confusing rush of world events. Unfortunately, however, the two of us have come to see that the way people think about hunger is the greatest obstacle to ending it. So in this Backgrounder we encapsulate 40 years of learning and in-depth new research to reframe ten such ways of thinking explored in our latest book World Hunger: 10 Myths. We call them “myths” because they often lead us down blind alleys or simply aren’t true.

Myth one: too little food, too many people

Our response: Abundance, not scarcity, best describes the world’s food supply. Even though the global population more than doubled between 1961 and 2013, the world produces around 50 percent more food for each of us today—of which we now waste about a third. Even after diverting roughly half of the world’s grain and most soy protein to animal feed and non-food uses, the world still produces enough to provide every human being with nearly 2,900 calories a day. Clearly, our global calorie supply is ample.

Even though the global population more than doubled between 1961 and 2013, the world produces around 50 percent more food for each of us today—of which we now waste about a third.

Increasingly, however, calories and nutrition are diverging as the quality of food in most parts of the world is degrading. Using a calorie-deficiency standard, the UN estimates that today roughly one in nine people is hungry—about 800 million; but adding measures of nutrient deficiencies as well, we estimate that a quarter of the world’s people suffer from nutritional deprivation.

Food scarcity is not the problem, but the scarcity of real democracy protecting people’s access to nutritious food is a huge problem. So, fighting hunger means tackling concentrated political and economic power in order to create new equitable rules. Otherwise hunger will continue no matter how much food we grow.

The purpose of this report is to improve the knowledge base for facilitating investments in land management technologies that sequester soil organic carbon. While there are many studies on soil carbon sequestration, there is no single unifying volume that synthesizes knowledge on the impact of different land management practices on soil carbon sequestration rates across the world. A meta-analysis was carried out to provide soil carbon sequestration rates in Africa, Asia, and Latin America. This is one important element in decision-making for sustainable agricultural intensification, agro-ecosystems resilience, and comprehensive assessments of greenhouse mitigation potentials of Sustainable Land Management (SLM) practices. Furthermore, the ecosystem simulation modeling technique was used to predict future carbon storage in global cropland soils. Last, marginal abatement cost curves and trade-off graphs were used to assess the cost-effectiveness of the technologies in carbon sequestration. The remainder of the report is organized as follows. Chapter two provides a brief review of soil organic carbon dynamics and the methods for soil carbon assessment. The chapter concludes with brief information on carbon assessment in The World Bank’s sustainable land management projects portfolio. Chapter three reports the increase in soil carbon for selected sustainable land management practices in Africa, Asia, and Latin America. Chapter four reports the estimates from ecosystem simulation, while chapter five concludes with the benefits and costs of adopting carbon sequestering practices and a discussion of policy options to support climate smart agriculture in developing countries. The report will provide a broad perspective to natural resource managers and other professionals involved in scaling up Climate-Smart Agriculture (CSA).

Conservation agricultural systems have been successfully developed for many different regions of the world. These systems, however, have not been widely adopted by farmers for political, social and cultural reasons. Through greater adoption of conservation agricultural systems, there is enormous potential to sequester soil organic carbon, which would:

(2) increase soil productivity and avoid further environmental damage from the unsustainable use of inversion tillage systems, which threaten water quality, reduce soil biodiversity, and erode soil around the world.

We, the undersigned, belong to civil society organizations including social movements, peasants/farmers organizations and faith-based organizations from around the world. We are working to tackle the impacts of climate change that are already disrupting farming and food systems and threatening the food and nutrition security of millions of individuals. As we move towards COP21 in Paris, we welcome a growing recognition of the urgent need to adapt food systems to a changing climate, and the key role of agroecology within a food and seed sovereignty framework in achieving this, while contributing to mitigation through the reduction of greenhouse gas emissions.

However, despite these promising signals, we share deep concerns about the growing influence and agenda of so-called “Climate-Smart Agriculture” (CSA) and the Global Alliance for Climate-Smart Agriculture (GACSA). Climate change is the biggest and the most urgent threat our societies face. We need a radical transformation of our food systems away from an industrial model and its false solutions, and toward food sovereignty, local food systems, and integral agrarian reform in order to achieve the full realization of the human right to adequate food and nutrition. We therefore urge decision-makers at country and UN levels to reject the dangerous rhetoric of Climate-Smart Agriculture.

Climate Smart Agriculture must not be confused with agroecology

Climate Smart Agriculture must not be confused with agroecology. Agroecology is a holistic approach to agriculture, based on principles of ecology as well as food and nutrition security, food sovereignty and food justice which seek to enhance agricultural systems by using and recycling natural resources instead of relying on externally-purchased inputs. It encourages local/national food production by small food producers and family farmers, and is based on techniques that are not delivered from the top-down, but developed from farmers’ traditional knowledge and practices as well as from farmer innovations. This approach is based on farmers’ participation and makes nature a powerful ally in ensuring food and nutrition security, building healthy soils and conserving water. It increases farmers’ incomes and resilience in the face of climate change, while improving biodiversity and crop diversity. It is therefore crucial for all efforts to realize the human right to adequate food and nutrition. Governments must recognise that industrial approaches that degrade soil health and water retention, pollute water systems, poison nature and create dependency on external inputs, impoverish biodiversity and ecosystems are not only harmful and unnecessary, but also deeply misguided for a planet facing hunger, ecological crises and climate change.