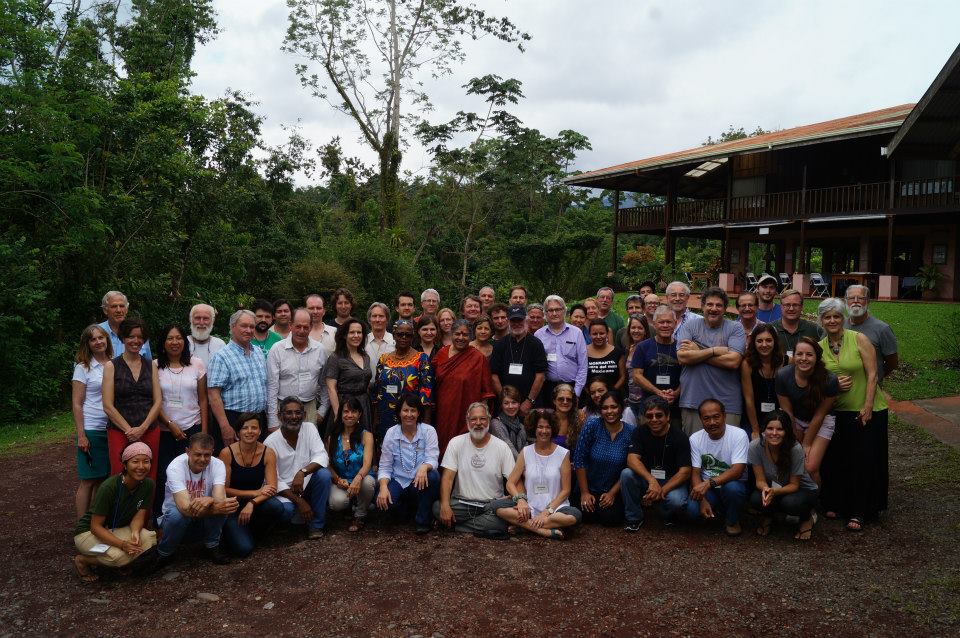 SCIENTISTS, BUSINESS AND FARMERS FROM 21 NATIONS LAUNCH MOVEMENT TO FEED THE PLANET AND REVERSE CLIMATE CHANGE VIA REGENERATIVE AGRICULTURE

FINCA LUNA NUEVA, Costa Rica—Representatives from organizations as diverse as Texas A&M University, the Nelson Mandela Metropolitan University, Patagonia, Greenpeace and The Millennium Institute are participating in a three-day conference in Costa Rica. The participants are working together to develop and promote a significantly different approach to food production, land use and climate change, by harnessing natural systems to solve each issue in a related manner.

The conference, the first of a planned series of similar gatherings around the world, will focus on uniting movements, developing campaigns and creating a global media plan to communicate this critical message: The degradation of soil threatens both the food supply and the climate—and restoring soil health can reverse that damage.

“We have numerous published, peer-reviewed scientific papers showing that with the right agricultural techniques we can strip enough CO2 out of the atmosphere to reverse climate change.  This is a game changer,” said Andre Leu, co-author of a United Nations report on Soil Health and Climate Change.

Recent information released by the UN, the World Bank, the Rodale Institute, and governments that include the US, China and others is shows that the transference of carbon from the land to the atmosphere is more damaging than previously known, and also more opportunistic. Industrial agriculture—via chemicals and tilling—kills trillions of carbon-based organisms necessary to keep soil healthy.

“Nature has dealt with much worse levels of carbon in the atmosphere before our time. It’s exactly what photosynthesis was designed to do. But unhealthy soil has now been shown to shut down this process– trapping the carbon in the air and  disrupting the climate.” said Larry Kopald, The Carbon Underground.

Reports also show how regenerative farming and ranching techniques can restore soil, and also produce yields similar to industrial techniques, leading to far greater food security. In addition, healthy soil can reduce the amount of water necessary to grow crops by as much as 60 percent.

”Bringing soil to the center of our consciousness and our planning is vital not only for the life of the soil, but also for the future of our society. Regenerative agriculture provides answers to the soil crisis, the food crisis, the health crisis, the climate crisis and the crisis of democracy,”said Vandana Shiva, global activist and author of Soil Not Oil.

The Regenerative International Conference will focus on food production techniques, food quality, drawing down CO2 from the atmosphere, and the economic impact on farmers, businesses and governments due to lower costs on food production, healthcare and climate change adaptation.

“This is new science that’s connecting the food issues with the climate issue, making it more and more clear that by fixing the soil, and fixing the way we produce food, we can fix the climate as well,” said Ronnie Cummins, international director of the Organic Consumers Association.

Business representatives spoke about the responsibility to keep the supply chain—especially natural resources—both viable and affordable.

“At Patagonia we are always focused on producing great products that create no unnecessary harm to the planet. We are now seeing that by supporting regenerative methods for how we grow our cotton or how we source materials for our health bars can actually have a healing, positive impact on the planet. This is a huge opportunity for business to make a difference, while also achieving financial business goals,”  said Rick Ridgeway, global sustainability director, Patagonia

The Regeneration International Working Group was formed to counter the growing global push for so-called “Sustainable Intensification” based on GMOs and the increased use of toxic pesticides and fertilizers, and to promote the multifunctional benefits of regenerative forms of agriculture such as agro-ecology, holistic grazing, cover cropping, permaculture, and agroforestry.