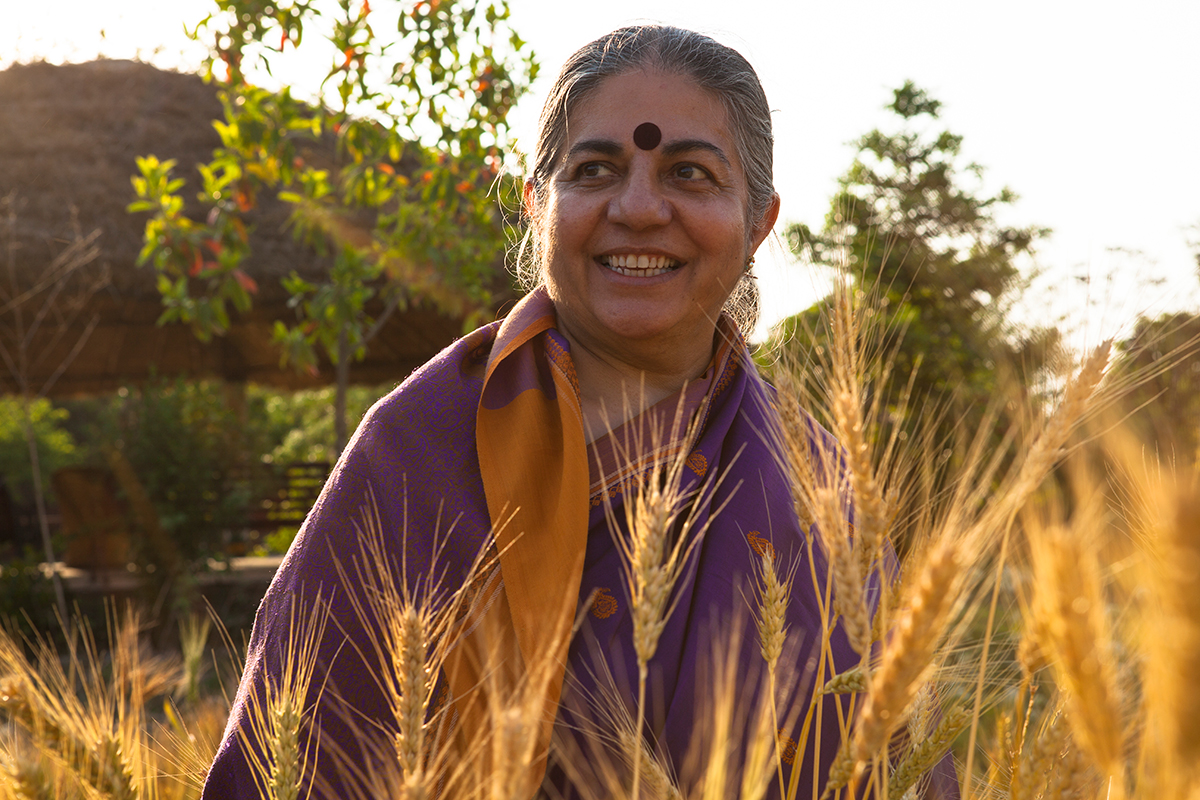 Just as our Vedas and Upanishads have no individual authors, our rich biodiversity, including seeds, have been evolved cumulatively. They are a common heritage of present and future farm communities who have evolved them collectively. I recently joined tribals in Central India who have evolved thousands of rice varieties for their festival of “Akti.” Akti is a celebration of the relationship of the seed and the soil and the sharing of the seed as a sacred duty to the Earth and the community.

In addition to learning about seeds from women and peasants, I had the honor to participate and contribute to international and national laws on biodiversity. I worked closely with our government in the run-up to the 1992 Rio Earth Summit, when the UN Convention on Biodiversity (CBD) was adopted by the international community. Three key commitments in the CBD are protection of the sovereign rights of countries to their biodiversity, the traditional knowledge of communities and biosafety in the context of genetically-modified foods.

The UN appointed me on the expert panel for the framework for the biosafety protocol, now adopted as the Cartagena protocol on biosafety. I was appointed a member of the expert group to draft the National Biodiversity Act, as well as the Plant Variety and Farmers Rights Act. We ensured that farmers rights are recognized in our laws. “A farmer shall be deemed to be entitled to save, use, sow, resow, exchange, share or sell his farm produce, including seed of a variety protected under this act, in the same manner as he was entitled before the coming into force of this act”, it says.