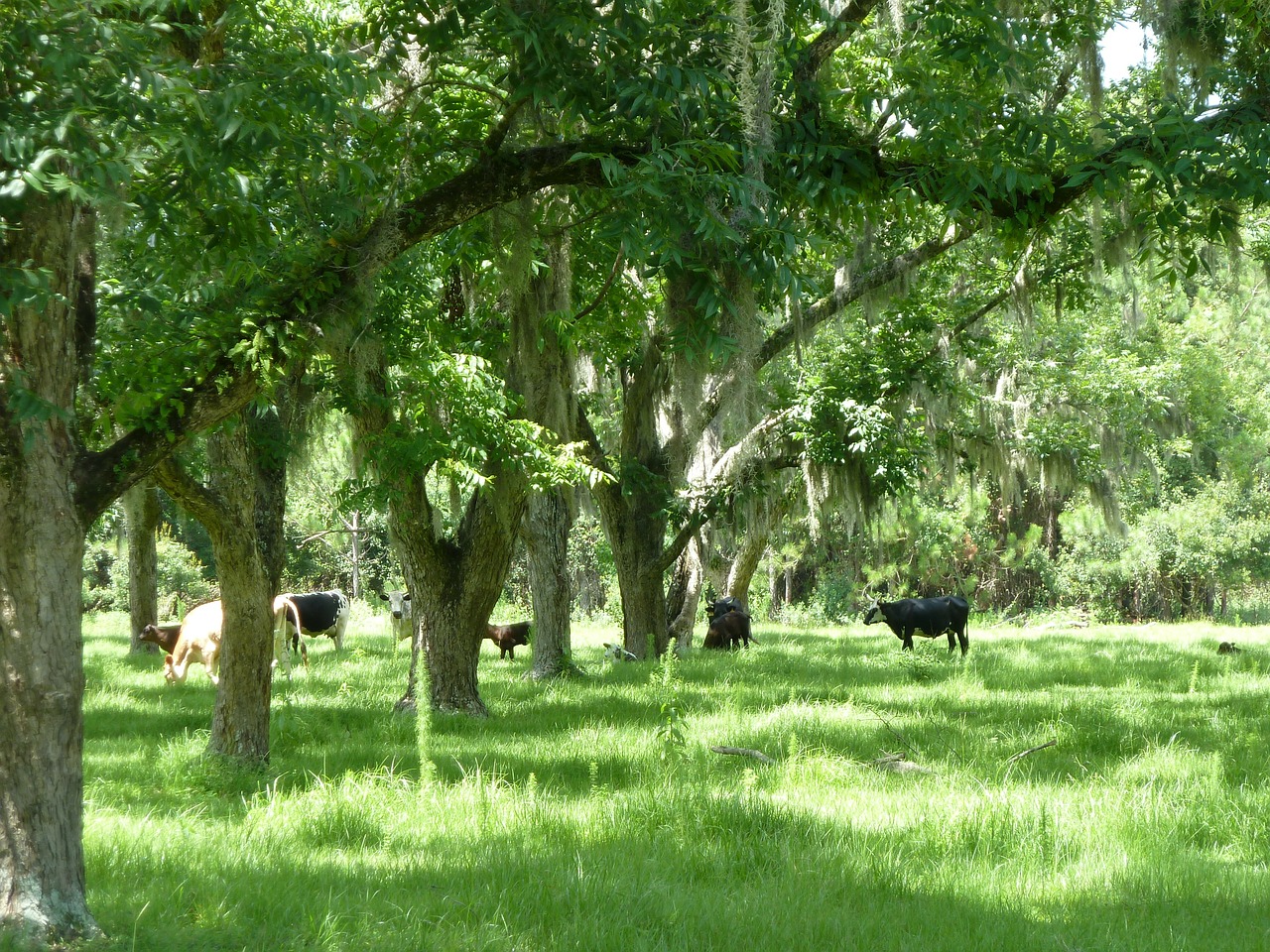 Every year millions of acres of forest are cut down to make room for ever-growing herds of livestock. Our industrial diet is centered on the consumption of meat. The combination of these two issues brings us face to face with a serious problem. We are destroying our forests and some of the most pristine ecosystems on earth just so that we can enjoy a nightly steak. What if we could raise animals within a forest system?

THE PROBLEMS WITH THE LIVESTOCK INDUSTRY TODAY

For most families, breakfast probably includes sausage or bacon, lunch might include a hamburger or plate of fish, while a full chicken rests on the dinner table. Much has been written recently about the negative health aspects of eating too much red meat. What very few people take into account, however, are the negative ecological and social aspects of what this massive meat consumption means.

Most ecologists consider the Amazon Rainforest to be an essential “lung” for the whole earth. The amount of Amazon rainforest cut down in recent years for cattle pastures, however, has surpassed the size of Iceland, or over 10 million hectares. It is estimated that 80% of all land cleared in the Amazon is for cattle pastures. This loss of rainforest also contributes massive amounts of greenhouse gasses through the slash and burn methods of getting rid of the forest. Instead of having a massive sea of green that sucks up carbon dioxide and spits out oxygen, we´re left with huge, deforested grazing lands filled with animals that produce large amounts of methane, one of the most dangerous gasses contributing to global warming.

In fact, the worldwide cattle industry is reported to contribute upwards of 51% of all greenhouse gasses. While world leaders and climate summits have focused on reducing fossil fuel based emissions (a worthy goal, no doubt), almost no one talks about reducing the amount of meat consumed by industrial nations.

Should we all simply become vegetarians then? While there are many health and social benefits to vegetarianism, there are other options when it comes to how we raise the meat that we eat. Silvopasture is an ancient practice that combines forestry with pasture. It seeks to grow trees in areas where animals are pastured as a way to get double the amount of production out of one area of land while also contributing to the ecological health of that area.

Throughout history, many cultures around the world have found that animals can be raised just as efficiently in a wooded area as in open pastures. In certain areas of Italy, for example, massive chestnut trees grew wild throughout the forest. People found that pigs could be fattened to slaughter weight by simply letting them roam the woods and feast on the endless amounts of chestnuts laying on the forest floor.