“The Green New Deal we are proposing will be similar in scale to the mobilization efforts seen in World War II or the Marshall Plan… Half measures will not work… The time for slow and incremental efforts has long past [sic].” – Alexandria Ocasio-Cortez, then-candidate for the U.S. House of Representatives, Huffington Post, June 26, 2018 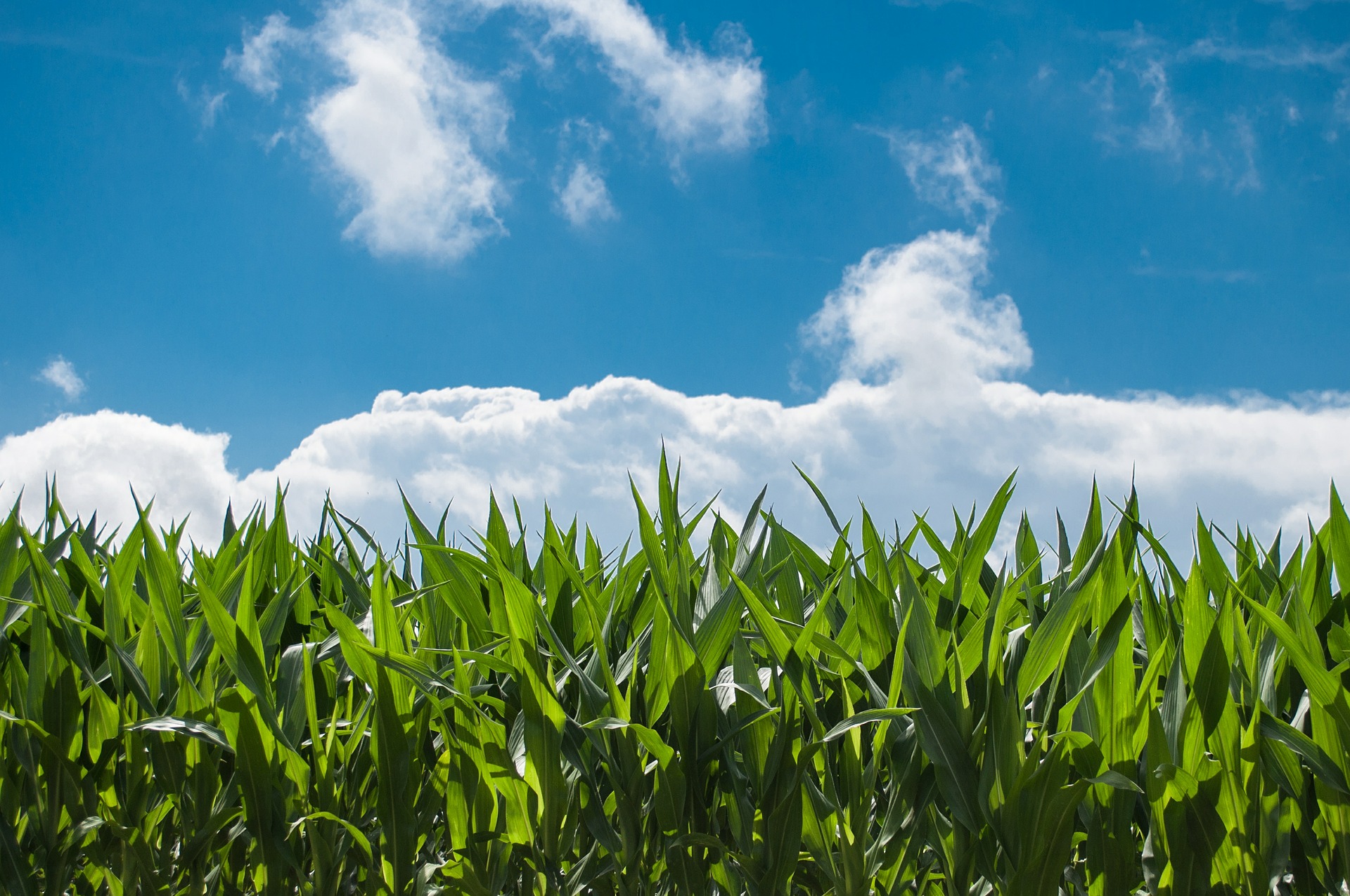 The ‘Great Climate Awakening’ of 2018

The final months of 2018 will likely be remembered as the decisive moment when the global grassroots awakened to the life-or-death threat posed by global warming. With violent weather and climate disasters becoming the norm, and international scientists finally shedding their customary caution to report that we must drastically slash (by at least 45 percent) global greenhouse gas emissions by 2030, hundreds of millions of ordinary people across the world seemed to simultaneously wake up.

Young climate activists under the banner of the Sunrise Movement in the U.S. and the Extinction Rebellion in the UK and other countries, sat in at politicians’ offices. They blocked streets and roadways. They demanded immediate and bold action.

The Green New Deal is born

In the U.S., an insurgent slate of newly elected members of Congress, inspired by the Sunrise Movement and led by Alexandria Ocasio-Cortez, have generated headlines and popular support by calling for a Green New Deal (GND), a 21st Century upgrade of Franklin D. Roosevelt’s New Deal carried out during the Great Depression of the 1930s.

Given the severity of the climate crisis, and the deterioration of the U.S. and global status quo (economic, political, health and environment), it’s no exaggeration to state that the GND is perhaps the most significant blueprint for system change in 100 years.

The GND’s call for a mass conversion to renewable energy and zero emissions of greenhouse gases in the U.S. by 2030, is in line with what most scientists say is necessary to avoid catastrophic climate change.

But what’s new, and long overdue in this  evolving manifesto is that the GND also calls for the greening, “just transition” and elimination of greenhouse gas emissions from our multi-trillion-dollar food and farming system as well. That call is long overdue, especially given that our degenerative food system generates 44-57 percent  of all global greenhouse gases.

The GND draft statement calls for “eliminating greenhouse gas emissions from the manufacturing, agricultural and other industries, including by investing in local-scale agriculture in communities across the country.” It also calls for funding “massive investment in the drawdown of greenhouse gases.”

Beyond offering comprehensive energy and agricultural solutions for our climate emergency, what is truly game-changing and revolutionary about the GND is that it calls for system-wide economic regeneration as well: full employment, $15/hr. minimum wage, universal health care, free public education, and economic justice for all—policies extremely popular with the overwhelming majority of the body politic, including students, working class communities and low-income groups.

By bringing together the concerns of youth, food, farmer, environmental and climate activists, with the bread-and-butter concerns of workers and frontline communities, the GND offers nothing less than a contemporary roadmap for survival and regeneration.

As Alexis Baden-Mayer, political director of the Organic Consumers Association, pointed out in a recent email urging groups to sign on to the GND, it is economic injustice, the lack of money in the pockets of workers and consumers, the 80 percent of ordinary people who live from paycheck to paycheck, that has, in large part, held back the greening of America:

Who wouldn’t drive a Tesla, put up solar panels, or buy an energy efficient home in a walkable neighborhood with great public transportation? Everyone wants these things. We all want to enjoy good health, breathe clean air and drink pure water. There aren’t many families who would have to be convinced to eat locally grown organic health food if it were available and they could afford it. The problem is we’ve got student debt. Our mortgages are under water. We’ve got medical bills and childcare to pay for. And many of us have been too poor to go to college, buy a house or start a family. Our country’s struggling family farmers have the same problem. Sure, they’d love to go organic and pay their workers fairly. They want to do what’s best for their families, their communities and their environment. They just have to figure out how to avoid foreclosure and bankruptcy first.

Support grows quickly for the GND, but so do attacks

In late-2018, polls indicated that 81 percent of Americans support full employment, economic justice and renewable energy, as outlined in the GND.

Yet despite initial strong support for the GND among activists and the general public, establishment politicians (both Democrats and Republicans) and the corporate media have launched a massive counter-attack, denouncing the GND (and Ocasio-Cortez and her allies) as “utopian,” “radical,” “impractical” and even “dangerous.”

The unfortunate truth is that Congress and the mass media are infected and dominated by powerful climate emergency deniers and establishment politicians taking money from fossil fuel companies, climate-destructive industrial agribusiness and Wall Street. Yet with global scientists sounding the alarm that the onset of runaway global warming (with atmospheric CO2 levels of 450 ppm or higher) is not 80 years away or even 50 years away, but more like a dozen years away unless we drastically change course, it can hardly be called “utopian” to organize around a bold emissions-reduction, drawdown and economic development plan that can avert catastrophe, and improve the lives of everyday people at the same time.

Painting Ocasio-Cortez and the Sunrise Movement as “radical” is not likely to derail the growing insurgency. Because a radical emergency more serious than anything humans have ever faced in our 200,000-year evolution demands a radical solution. As Cortez said in an interview on “60 Minutes” on January 6 (watched by 11 million people), she admits to being a “radical”—not unlike previous “radicals” in American history, including Abraham Lincoln and Franklin D. Roosevelt, who likewise confronted severe crises demanding radical solutions.

Is it possible to achieve zero emissions in the U.S. by 2030?

On the same “60 Minutes” show, Ocasio-Cortez was pressed on the practicality of zero fossil fuel emissions by 2030. The host tried to trip her up by asking if zero emissions meant that all of us would be driving electric cars within a decade. She responded by saying that there are technological breakthroughs on the horizon that we can’t even imagine yet.

Although it’s undoubtedly true that there are technical breakthroughs in renewable energy and electric cars on the horizon, I wasn’t fully satisfied with Ocasio-Cortez’s answer (even though I admit she’s my favorite political leader of all time). Here’s how I would have answered that question:

“Millions of Americans are going to be driving electric cars in 2030. But you’re right, a lot of us will still be driving our old gasoline-powered vehicles. If you read the details of our proposed Green New Deal carefully, you’ll see that we’re not just talking about rapid reductions in fossil fuel emissions, the CO2 and other greenhouse gases we put up into the sky by burning fossil fuels. We’re also talking about drawing down these same greenhouse gases from the atmosphere, utilizing climate-friendly farming practices that qualitatively increase plant photosynthesis, soil fertility and natural carbon sequestration. These regenerative practices include farming organically, holistic grazing, improving soil health, and restoring our forests, grasslands and wetlands. In other words, we can and must reach zero net emissions in 2030 by drawing down as much atmospheric carbon as we’re still putting up.

“The Green New Deal aims to change not only our climate-destructive energy, manufacturing and transportation systems, but also our degenerative food and farming systems. The Green New Deal is designed to raise the living standards for all Americans, including low-income workers in both rural and urban communities, so that all of us can choose and afford healthier and more climate-friendly lifestyles. In the next decade we must facilitate a just transition away from climate-destabilizing factory farms and fossil fuel-intensive agriculture, at the same time as we switch, as rapidly possible, to 100-percent renewable energy. With renewable energy and regenerative food, farming and land use working in synergy, there is no doubt that we can reach zero net emissions by 2030, significant negative net emissions by 2050, and literally, along with the rest of the world, reverse global warming and avert climate catastrophe.”

We know what to do. The best practices and practitioners in alternative energy, infrastructure rebuilding and regenerative food and farming are already visible in or near our local communities. We simply need to mobilize politically to scale up these practices utilizing the power of a GND. But we’re running out of time unless we can quickly build a massive united front, elect new GND supporters to Congress and the White House in 2020, and pass federal legislation for a GND starting in 2021, as Ocasio-Cortez puts it, “similar in scale to the mobilization efforts seen in World War II or the Marshall Plan.”

The time to join the GND revolution is now. For more information on the Sunrise Movement’s upcoming activities, click here.

Ronnie Cummins is international director of the Organic Consumers Association and a member of theRegeneration International steering committee.

Reposted with permission from Common Dreams