This year’s Acres U.S.A. Conference features numerous speakers, who can show how we can reverse the disruptive effects climate change by adopting best practice regenerative production systems. These systems will also make our farms and ranches more productive and resilient to the current erratic climate disruption that we are all facing. 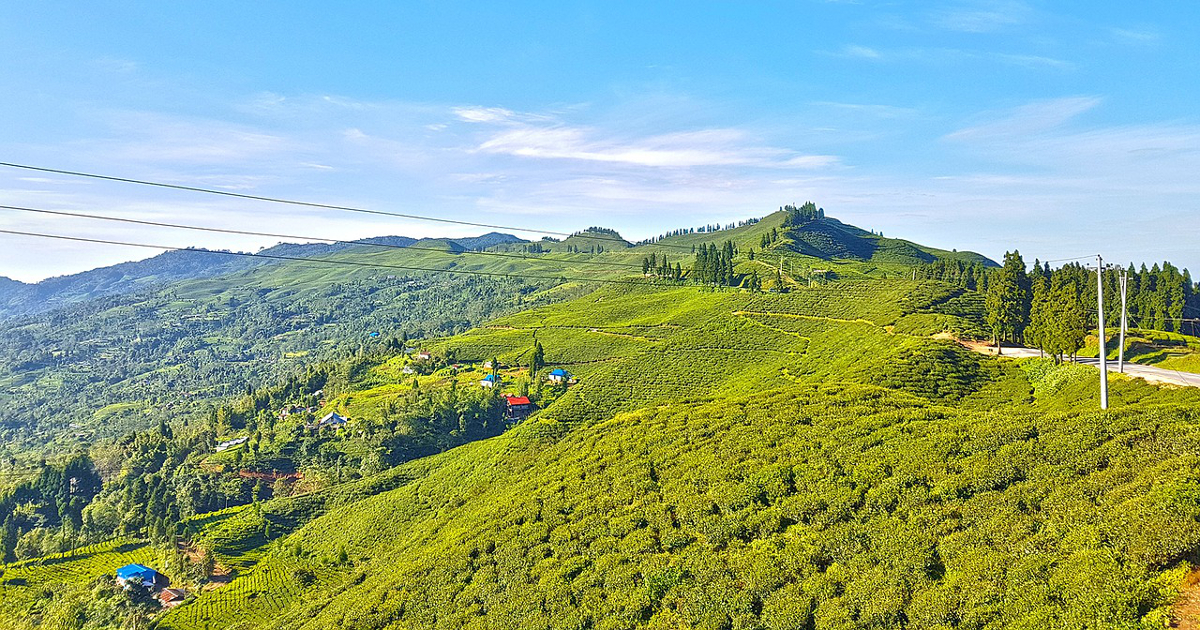 The increasing erratic and disruptive weather events caused by climate change are the greatest immediate threat to viable farming and food security. We are already being adversely affected by the longer and more frequent droughts, and irregular, out-of-season and destructive rainfall events.

The world is already around 1.8 degrees Fahrenheit (1 degree Celsius) warmer than the industrial revolution. The energy needed to heat the atmosphere by 1.8 degrees is equivalent to billions of atomic bombs. I am using this violent metaphor so that people can understand how much energy is being released into our atmosphere and oceans and why we will get more frequent and stronger storms wreaking havoc in our communities.

This extra energy is violently fueling and disrupting our weather systems. It means storms are far more intense. Winter storms will be colder and can be pushed further south and north than normal due to this energy. Similarly, summer storms, especially hurricanes, cyclones, tornadoes, typhoons, tropical lows, etc., are far more intense with deluging destructive rainfall.

Droughts are more frequent and are resulting more frequent and damaging forest and grass fires that are changing the ecology due to not allowing time for recovery. The current intense northern hemisphere heatwave, global drought and unprecedented number of ferocity of forests fires are being exacerbated by climate change.

The frequency and intensity of these types of events will only get exponentially worse when the world warms to 3.6 degrees, which is the upper limit that the Paris climate meeting agreed to.

Some people don’t really care if the world is 3.6 degrees warmer — however it is not the average temperatures that are the concern, but rather the regular extremes, especially the out-of-season heatwaves and rain events, that we are experiencing now.

Atmospheric CO2 levels have been increasing at 2 parts per million (ppm) per year. The level of CO2 reached a new record of 400 ppm in May 2016. This is the highest level of CO2 in the atmosphere for 800,000 years. However, in 2016, despite all the commitments countries made in Paris in December 2015, the levels of CO2 increased at record levels in 2016 (3.3 ppm of CO2 entered the atmosphere, creating a new record).

According to the World Meteorological Organization, “Geological records show that the current levels of CO2 correspond to an ‘equilibrium’ climate last observed in the mid-Pliocene (3-5 million years ago), a climate that was 2-3 °C (3.6 – 5.4° F) warmer, where the Greenland and West Antarctic ice sheets melted and even some of the East Antarctic ice was lost, leading to sea levels that were 10-20 meters (30-60 feet) higher than those today.”

Even if the world transitioned to 100 percent renewable energy tomorrow, this will not stop the temperature and sea level rises because it will take more than 100 years for the CO2levels to drop. These sea level rises will cause a huge refugee crisis for over a billion people by 2050 and throw our planet into chaos. The world cannot cope with 2 million refugees from Syria. How do we cope hundreds of millions of climate change refugees? There will be wars over food, water and land.

The fact is we have to speed up the transition to renewable energy and we have to make a great effort to draw down the CO2 in the atmosphere.

The Solution Is Under Our Feet!

In order to stop the present increase in atmospheric CO2, agricultural systems would have to sequester 2.3 ppm of CO2 per year. Using the accepted formula that 1 ppm CO2 = 7.76 Gt CO2 means that 17.85 Gt of CO2 per year needs to be sequestered from the atmosphere and stored in the soil as soil organic carbon (SOC).

Stopping the increase in GHGs and then reducing them must be the first priority, and this should be non-negotiable. Moving to renewable energy and energy efficiency will not be enough to stop the planet from warming over the next hundred years and going into damaging climate change. The amount of 405 ppm is past the level needed to meet the Paris objective of limiting the temperature increase to +1.5/2°C (2.7/3.6° F). The levels need to be well below 350 ppm. The excess CO2 must be sequestered from the atmosphere to stop damaging climate change.

Soils are the greatest carbon sink after the oceans. There is a wide variability in the estimates of the amount of carbon stored in the soils globally. According to Professor Rattan Lal, there are over 2,700 gigatons (Gt) of carbon stored in soils. The soil holds more carbon than the atmosphere (848 Gt) and biomass (575 Gt) combined. There is already an excess of carbon in the oceans that is starting cause a range of problems. We cannot put any more CO2 in the atmosphere or the oceans. Soils are the logical sink for carbon.

Most agricultural systems lose soil carbon with estimates that agricultural soils have lost 50-70 percent of their original SOC pool, and the depletion is exacerbated by further soil degradation and desertification. Agricultural systems that recycle organic matter and use crop rotations can increase the levels of SOC. This is achieved through techniques such as longer rotations, ground covers, cover crops, green manures, legumes, compost, organic mulches, biochar, perennials, agro-forestry, agroecological biodiversity and livestock on pasture using sustainable grazing systems such as holistic grazing. These systems are starting to come under the heading of “regenerative agriculture” because they regenerate SOC.

If BEAM was extrapolated globally across agricultural lands it would sequester 184 Gt of CO2/yr.

The Savory Institute, Gabe Brown and many others have been scaling up holistic management systems on every arable continent. There is now a considerable body of published science and evidence-based practices showing that these systems regenerate degraded lands, improve productivity, water holding capacity and soil carbon levels.

Nearly 70 percent of the world’s agricultural lands are used for grazing. The published evidence is showing that correctly managed pastures can build up SOC faster than many other agricultural systems and that it is stored deeper in the soil.

Research by Machmuller et al. 2015: “In a region of extensive soil degradation in the southeastern United States, we evaluated soil C accumulation for 3 years across a 7-year chronosequence of three farms converted to management-intensive grazing. Here we show that these farms accumulated C at 8.0 Mg ha−1 yr−1, increasing cation exchange and water holding capacity by 95 percent and 34 percent, respectively.”

If these regenerative grazing practices were implemented on the world’s grazing lands they would sequester 98.5 gt CO2 per year.

André Leu is international director of Regeneration International. He is a longtime farmer in Australia and past president of the International Federation of Organic Agricultural Movements. He is the author of The Myths of Safe Pesticides and Poisoning Our Children, published by Acres U.S.A.