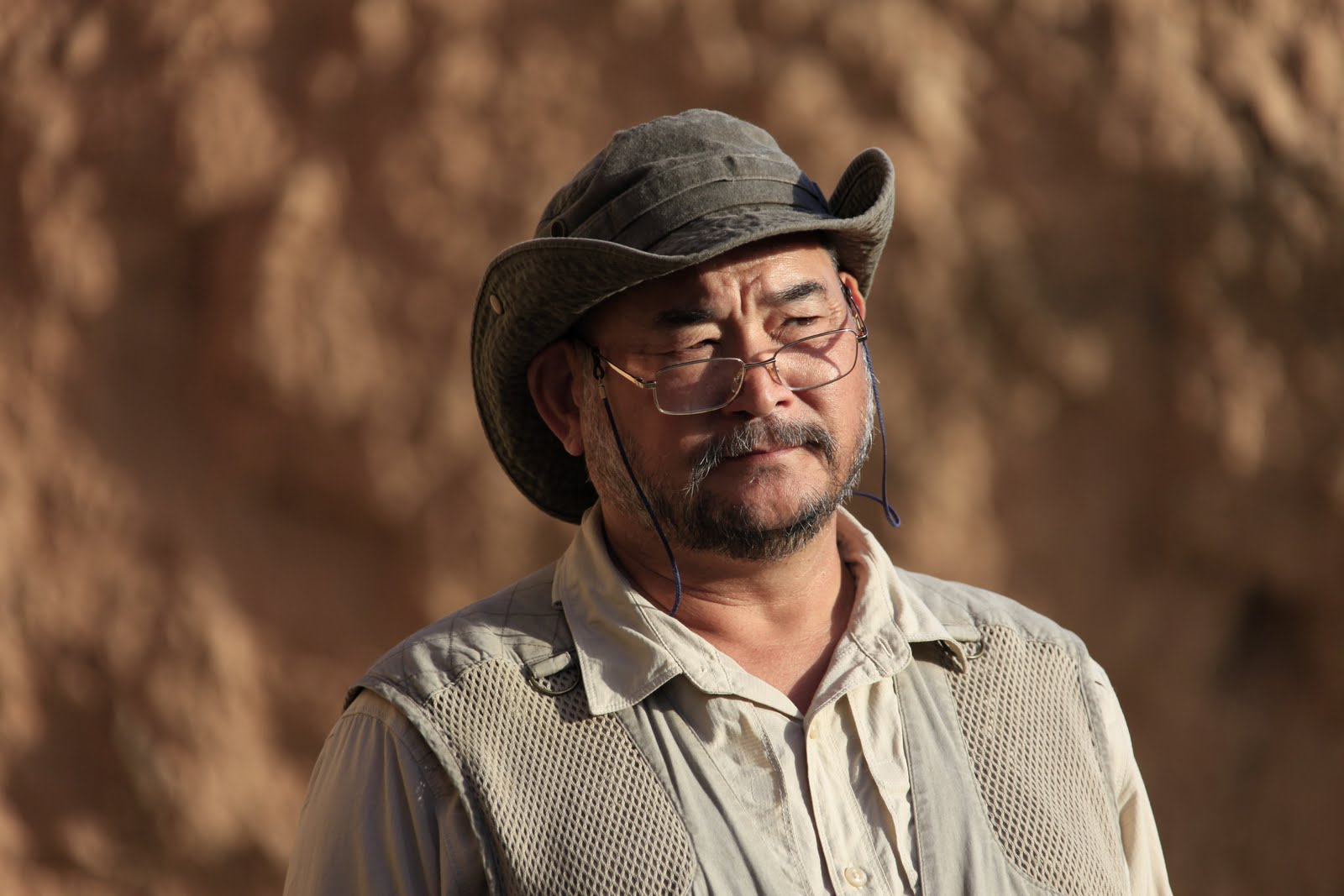 He’s known to some as the “Indiana Jones” of landscape degradation and restoration.

John D. Liu, ecosystem restoration researcher, educator and filmmaker, has dedicated his life to sharing real-world examples of once-degraded landscapes newly restored to their original fertile and biodiverse beauty. Liu is director of the Environmental Education Media Project (EEMP), ecosystem ambassador for the Commonland Foundation and a visiting research fellow at the Netherlands Institute of Ecology of the Royal Netherlands Academy of Arts and Sciences.

We recently sat down with Liu, the newest member of the Regeneration International (RI) Steering Committee. In this interview, Liu walks us through large-scale ecosystem restoration projects in China and Rwanda. We learn that when humans work with nature, degraded landscapes can be restored in a matter of years, and economies can be regenerated, putting food security and climate change mitigation within our reach.

In order to survive as a species, Liu explains, humanity must shift from commodifying nature to ‘naturalizing’ our economy.

RI: What is the significance of the Paris Agreement, reached at the COP21 Climate Summit in December (2015), for the pioneers, such as yourself, of the landscape restoration movement?

Liu: There is now recognition of soil carbon, which was not the case in the past. The best and perhaps only way for humanity to massively affect carbon disequilibrium in the atmosphere is to restore natural ecological function of soils through the restoration of biomass, biodiversity and accumulated organic matter.

One of the things that I have been learning about, and that has most impressed me, is the difference between natural systems, which have huge organic layers, and human systems, which are massively degraded and actually have lost their organic material.

In Paris, we’ve started to turn the corner. Instead of just talking about greenhouse gas (GHG) emissions, we’re now seeing [climate change] spoken about as a holistic problem. When you see it holistically, you find out that CO2 and GHG emissions are a symptom of systematic dysfunction on a planetary scale… Human impact on the climate is not simply emissions; it is degradation.

There is a way forward. That is why I am so excited about the early work I did in the Loess Plateau and in Ethiopia, Rwanda and other countries. When you increase organic matter, you increase biomass and you protect biodiversity. You get a completely different result than if you just totally destroy those systems. So I don’t think that the political agreements go far enough, but they are starting to reflect reality, which is better than before.

RI: In Paris, RI encountered skepticism about the potential power of regenerative agriculture and landscape restoration to restore climate stability and feed the world. Can you tell us about your experience with the Loess Plateau restoration project in China and how it impacted your perspective on the potential of restoration?

Liu: There was a moment in the mid-1800s when Thomas Malthus reported that the rate of agricultural increase was happening arithmetically while human population growth was logarithmic. He posited huge famine and this pushed the development of industrial agriculture. But what I’ve seen is that this is based on huge assumptions and those assumptions are basically false. If you think that you can get higher productivity by reducing hydrological function, or the natural fertility in the land or the biodiversity of a biome then you are just sadly mistaken. You can get higher yields of monocultures for a short time but you ultimately destroy the basic fundamental viability of the entire system. So you are creating deserts. This is what happened in the Loess Plateau and this is what happened in every cradle of civilization.

It isn’t inevitable that human beings degrade these systems; we simply have to understand them. It is our understanding, our consciousness of these systems that determines what they look like. What I’ve noticed is that degraded landscapes are coming from human ignorance and greed. If you change that scenario to one of consciousness and generosity, you get a completely different outcome. And that is where we have to go, where we need to go. We are required to understand this. We have to act now as a species on a planetary scale. This has to become common knowledge for every human being on the planet. This has been our mission for the past 20-some years.

RI: Apart from the ecosystem benefits, the Loess Plateau project also helped lift 2.5 million people in four of the poorest provinces in China out of poverty. Is that correct?

Liu: Well, there are different ways to look at it because the Loess Plateau project influenced more than just the project areas. It changed national policy. Some of the negative behaviors, such as slope farming, tree cutting or free ranging of goats and sheep—behaviors that were devastating to biodiversity, biomass and organic material—were banned nationwide because of the work done on the Loess Plateau.

Landscape restoration does not only change ecological function, it changes the socio-economic function and when you get down to it, it changes the intention of human society. So if the intention of human society is to extract, to manufacture, to buy and sell things, then we are still going to have a lot of problems. But when we generate an understanding that the natural ecological functions that create air, water, food and energy are vastly more valuable than anything that has ever been produced or bought and sold, or anything that ever will be produced and bought and sold – this is the point where we turn the corner to a consciousness which is much more sustainable.

RI: It’s almost as if a global paradigm shift is needed to start accounting for nature in the economy. ‘Naturalizing’ the economy as you would say.

Liu: We have to be very careful not to commoditize nature. We need to naturalize the economy. What this means to me is that natural ecological functions are more valuable than ‘stuff.’ When we understand that, then the economy is based on ecological function. And that is exactly what we need in order to mitigate and adapt to climate change, to ensure food security, and to give every individual on the planet equal human rights. Suddenly we are in another paradigm. It’s similar to the shift from flat earth to round earth paradigm.

We need to realize that there is no ‘us and them.’ There is just us. There is one earth and one humanity. We have to act as a species on a planetary scale because we will all be affected by climate change. We have to come together to decide: What do we know? What do we understand? What do we believe as a species?

RI: Tell us about your work in Rwanda.

Liu: Rwanda is an interesting case study because of the 1994 genocide. This sort of a situation is ground zero. It is a reset. Every family, every person was affected. In 2006, I was invited to Rwanda by the British government and the Global Environment Facility (GEF). What I saw in my travels were bare hillsides, erosion and sediment loads in river systems. I presented my findings to the president, prime minister, parliament, cabinet, ministries of environment and agriculture, universities and press. We put films on TV. I explained each of these natural systems and what you have to do to correct it. And at the same moment in time, everyone in Rwanda was talking about ecological function.

Several weeks later, the government wrote me a letter saying thank you for coming to Rwanda to share your experiences. Then they wrote me a second letter, in which  they said we believe you and we’re rewriting our land use policy laws to reflect that economic development in Rwanda must be based on ecological function.

The measures Rwanda has taken have led to regeneration. They had food security when there was famine in East Africa. They have had increasing use of renewable energies and lessening of dependence on fossil fuels. If human beings can go to hell yet they can somehow come back and work to build a fair, equitable and sustainable society, that is a good thing. We need to watch carefully how Rwanda develops, as a lesson for the world.

RI: Can you tell us about the widespread detrimental impacts that industrial agriculture is having, particularly with regards to loss of biodiversity? Why is biodiversity essential to sustain life as we know it?

RI: If there were one behavior or habit of humans that you could magically change, what would it be?

Liu: It is clear right now that economics is driving today’s problems. There are a lot of assumptions in economics that are simply false. Economics now says that extraction, manufacturing, buying and selling can create wealth. This is bullshit. We are creating poverty by doing this. We are creating degradation of the landscapes. So few people in a tiny minority are accumulating vast material possessions in this system, while billions of people are living in abject poverty at the edges of large degraded ecosystems. Others can no longer even stay in their homes, and millions of people are migrating to escape from the horrible conditions. Well this cannot work. This must change.

What I have noticed is that ecological function is vastly more valuable that extraction, production, consumption, and buying and selling things. What we really need to understand is: “What is money?” If I were going to leave one thing for the people to think about it is this: What is money? What is it? It is basically a storehouse of value, a means of exchange, and a trust mechanism. That means it is an abstract concept; it can be anything that we want it to be. If we say that money comes from ecological function instead from extraction, manufacturing buying and selling, then we have a system in which all human efforts go toward restoring, protecting and preserving ecological function. That is what we need to mitigate and adapt to climate change, to ensure food security, to ensure that human civilizations survive. Our monetary system must reflect reality. We could have growth, not from stuff, but growth from more functionality. If we do that and we value that higher than things, we will survive.